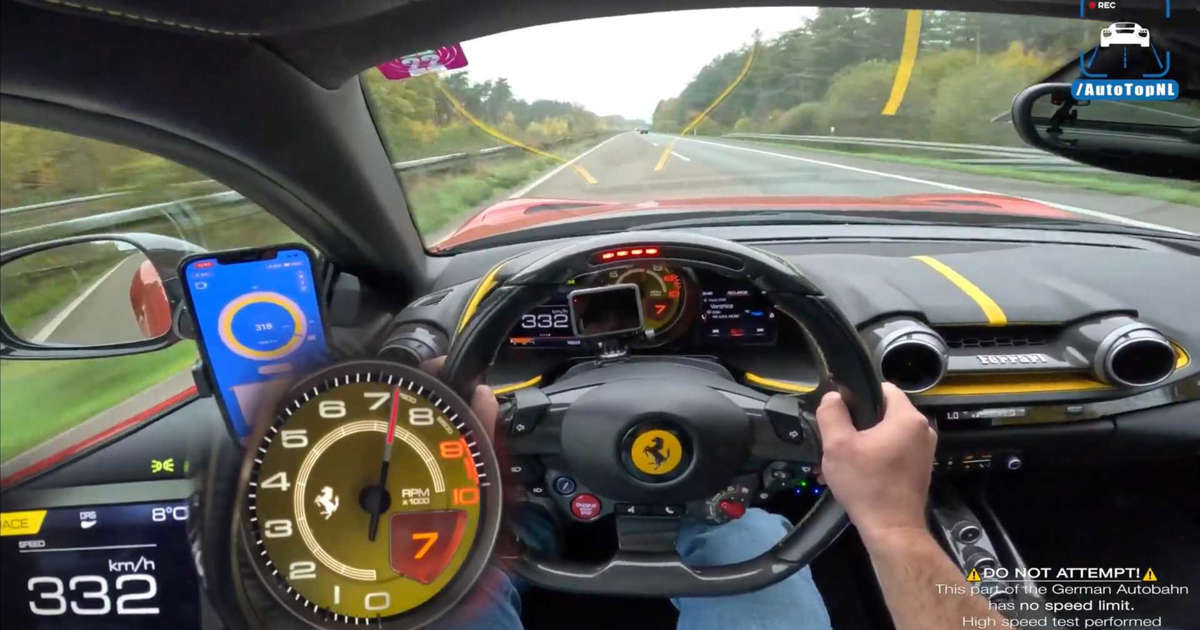 The Ferrari 812 Superfast may dominate on the racetrack, but it is no less capable on public roads. In the latest video by AutoTopNL, a particularly interesting example rebuilt by Novitec hits a German speedway for a thrilling top speed run.

The exhaust sounds roars like a rocket starting up as the V12 revs up on the autobahn. It takes mere seconds for the supercar to hit three-digit speeds, again and again. The best result recorded is 332 km/h, or 206.3 mph – not too shabby at all for a public road.