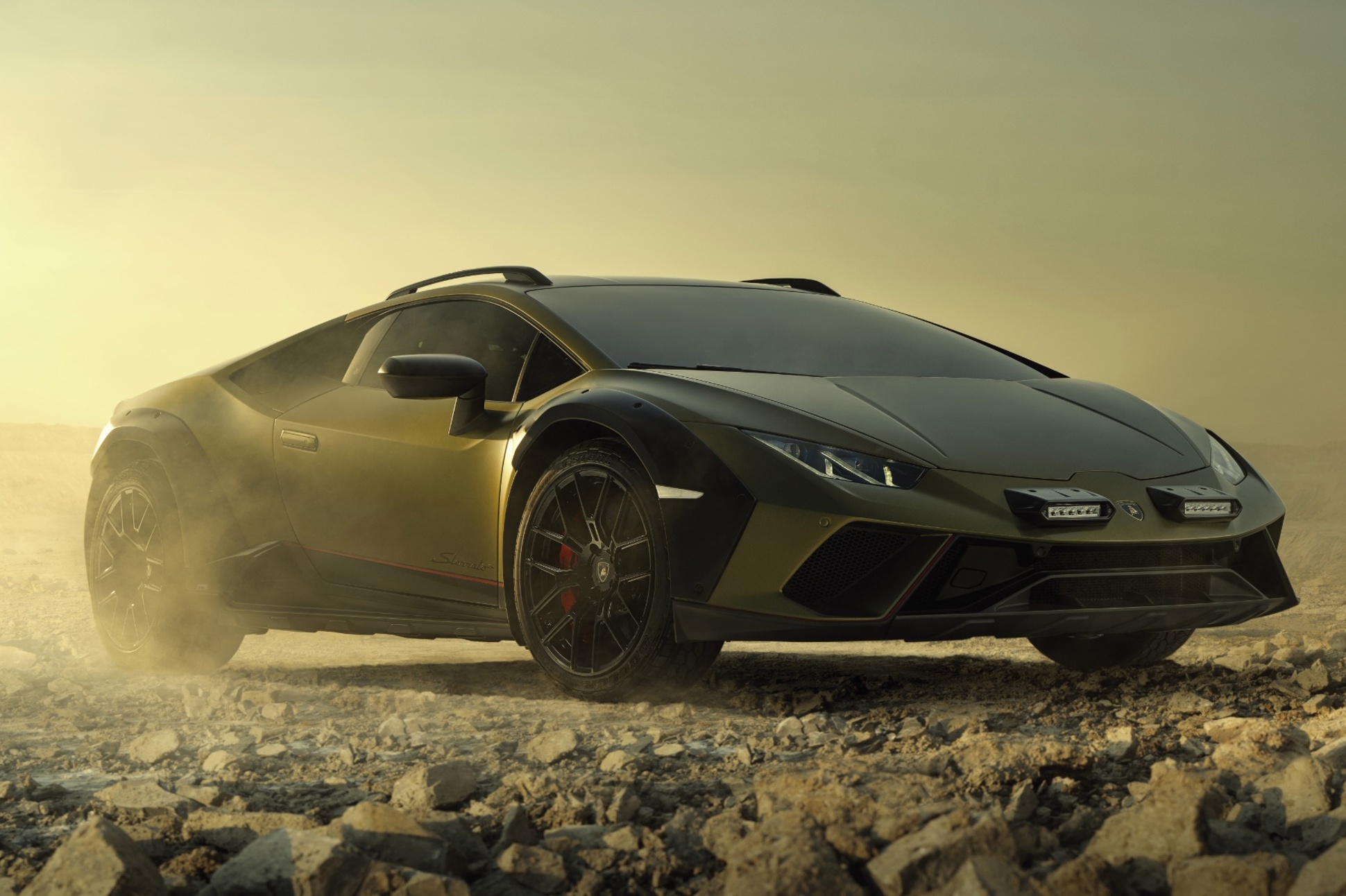 Mere two weeks after the debut of the Porsche 911 Dakar, the German rally racer finally gets worthy competition from the long-awaited Lamborghini Huracan Sterrato.

It goes without saying that the Italian supercar is not anywhere near a dedicated off-roader, but its newest version can at least traverse country and dirt roads at decent speeds. To that end, it comes equipped with adaptive shock absorbers and offers 44 mm (1.7 inches) of extra ride height. The track has been widened both at the front and at the back, and new Bridgestone Dueler AT002 tires support limited run-flat functionality.

You will instantly recognize the Sterrato by its rugged body kit, aluminum underchassis guards, auxiliary lighting and roof rails. The interior is largely wrapped in Alcantara.