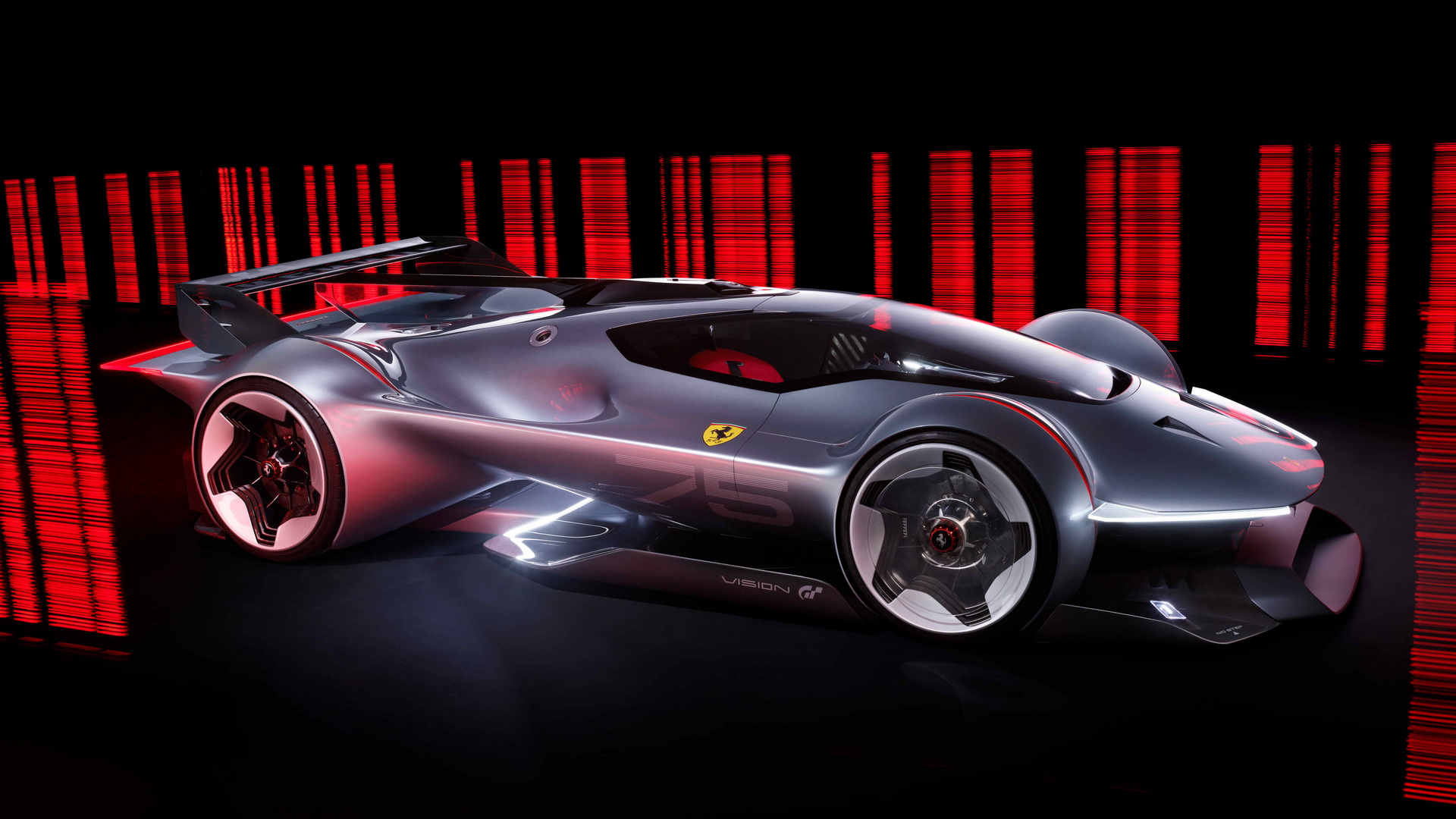 Ferrari has never toyed around with virtual concept cars, but this ends now with the Ferrari Vision Gran Turismo designed by the manufacturer’s Centro Stile division to exist exclusively in the universe of Gran Turismo video games.

The vehicle will become available to all players on December 23, 2022. It looks rather extreme and should be faster than the company’s production cars thanks to a new hybrid system, the announcement says.

The exterior mostly looks futuristic, but the design team points out that much of the inspiration for it was drawn from classic Prancing Horse racers, too. It provides a fresh perspective on the design of the Italian marque and might influence its future models.

Sprinting from zero to highway speed takes less than two seconds, hitting 200 km/h (124 mph) is a matter of less than five seconds, and the top speed exceeds 350 km/h (217 mph). Ferrari believes that its imaginary concept would have been able to complete a Fiorano lap in real-life conditions in 1 minute 10 seconds, shaving 9 seconds off the second of its current flagship, the SF90 Stradale.

In addition to the virtual study, the team over at Maranello HQ actually built a life-sized mockup of it, which will be exhibited in the company’s museum until March 2023.