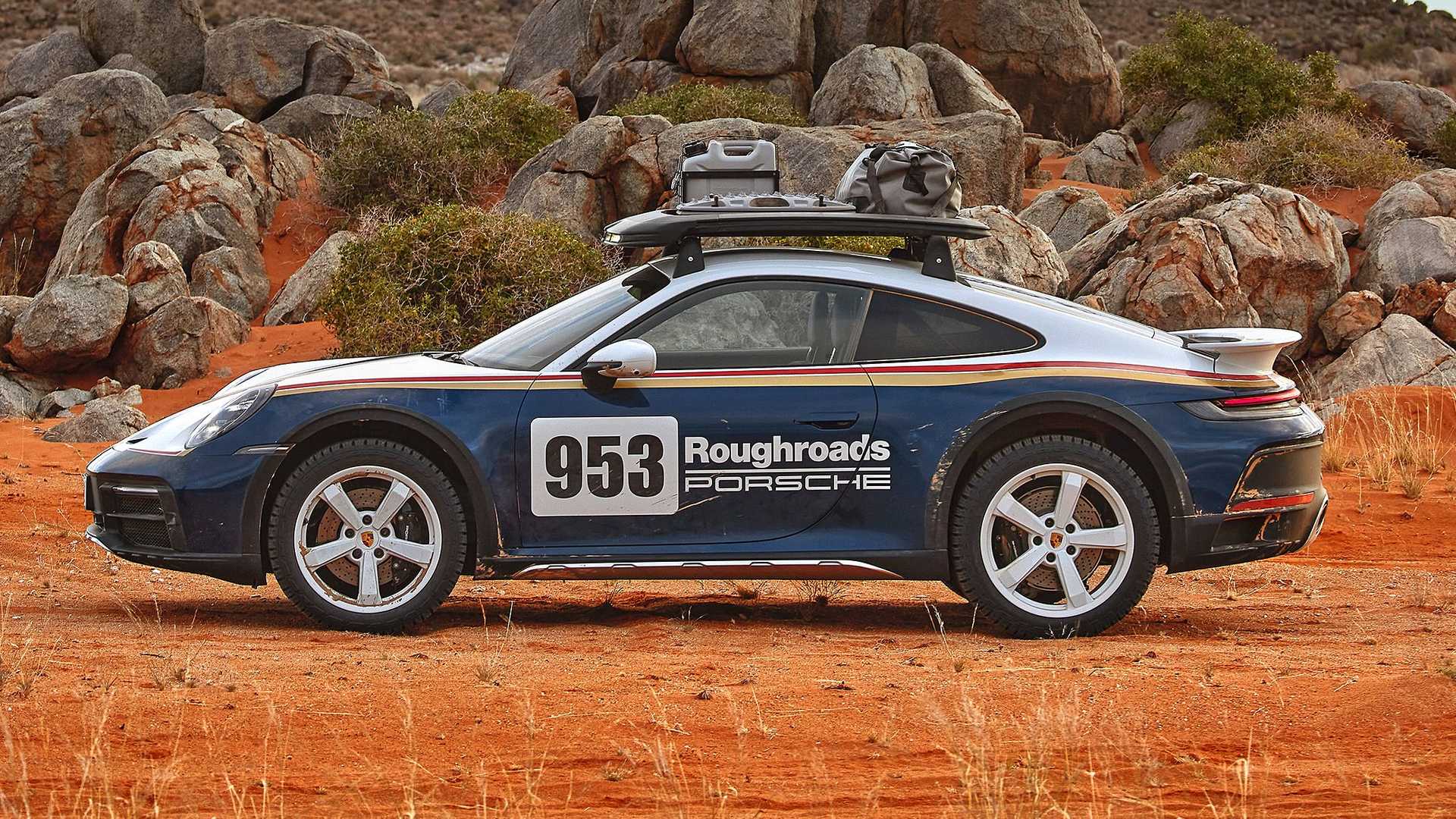 For many years, Porsche brand loyalists and sand racing enthusiasts had to turn to aftermarket companies to have their Porsches rebuilt as rally cars. Everything changes now with the launch of the OEM-sanctioned 911 Dakar limited to 2,500 production units.

The mission of this particular 911 is to conquer the roads less traveled. As such, it comes with recalibrated suspension riding 50 mm (2 inches) higher than stock, and you can choose to lift it by a further 30 mm (1.2 inches) when needed. The top speed amounts to 241 km/h (150 mph) and goes down to 170 km/h (105 mph) with the ground clearance maxed out.

The Dakar edition wears a set of specially designed Pirelli Scorpion tires sized 245/45 R19 at the front and 295/40 R20 at the rear. The tire performs best off the grid, but can be used efficiently on paved roads as well, Porsche says.

Powering the new 911 is a 3.0-liter flat-six engine rated at 480 PS (473 hp / 373 kW). A PDK eight-speed transmission drives all four wheels. Drivers get access to two new modes called Off-Road and Rallye. The former is meant to be used in challenging terrain conditions and maxes out the suspension when engaged. The Rallye mode works best on loose terrain by sending more torque to the rear axle.

Buyers of the 911 Dakar may opt for a roof tent and a rack to go with the standard rugged body kit and flared fenders. Opting for a package called Rallye Design adds a two-tone paint scheme and a start number ranging from 1 to 999 to the sides. A Porsche Design Dakar-style wristwatch is also included with the purchase.