Rolls-Royce Dawn gets an elegant exterior, vivid interior from Mansory 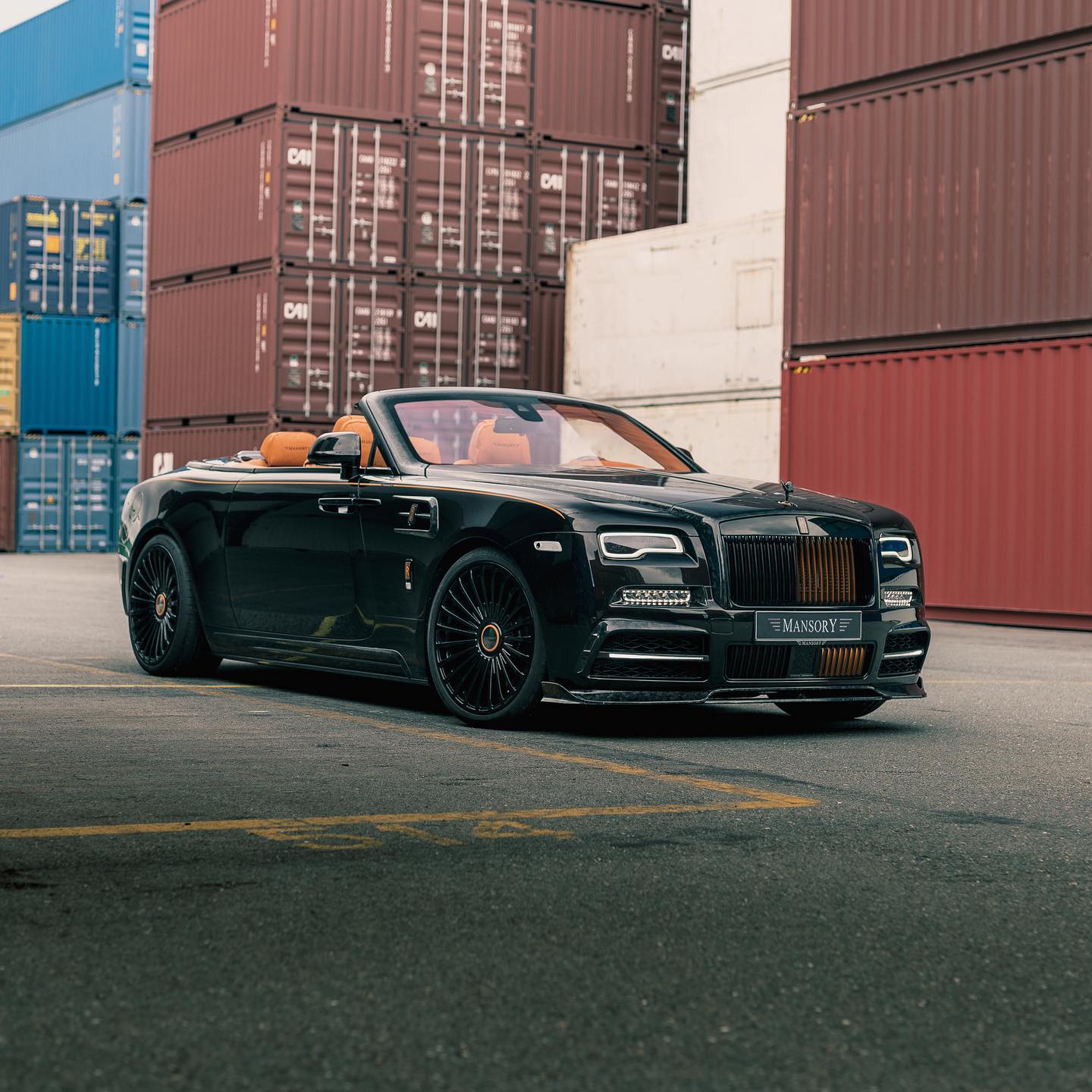 Most Mansory works are characterized by their sheer expressiveness and sporty aura, but the design house went in a slightly different direction with the opulent Rolls-Royce brand, betting on chic and flair.

The concept version of the tuning was revealed more than half a year ago (see video), but this is the first time we are seeing live pictures of a completed car. As you can see, the ultra-deluxe convertible flaunts a new front bumper, an added splitter and reshaped air intakes surrounded by Mansory’s signature ‘forged’ carbon fiber.

A glance from the side reveals side skirt extensions and quarter panel overlays. Black wheels with orange hubcaps look like a perfect match to the rest of the exterior. At the rear end, there is a modest-sized trunk lip alongside a diffuser and a different bumper.

In contrast to the almost understated exterior, the cabin comes trimmed with lively-looking orange leather. The seats have orange safety belts with Mansory lettering on them, and there are black accents strewn all around for some contrast. Unlike in most of its other works, the company actually goes for a more upscale look here, with finishes like piano lacquer used instead of forged carbon.