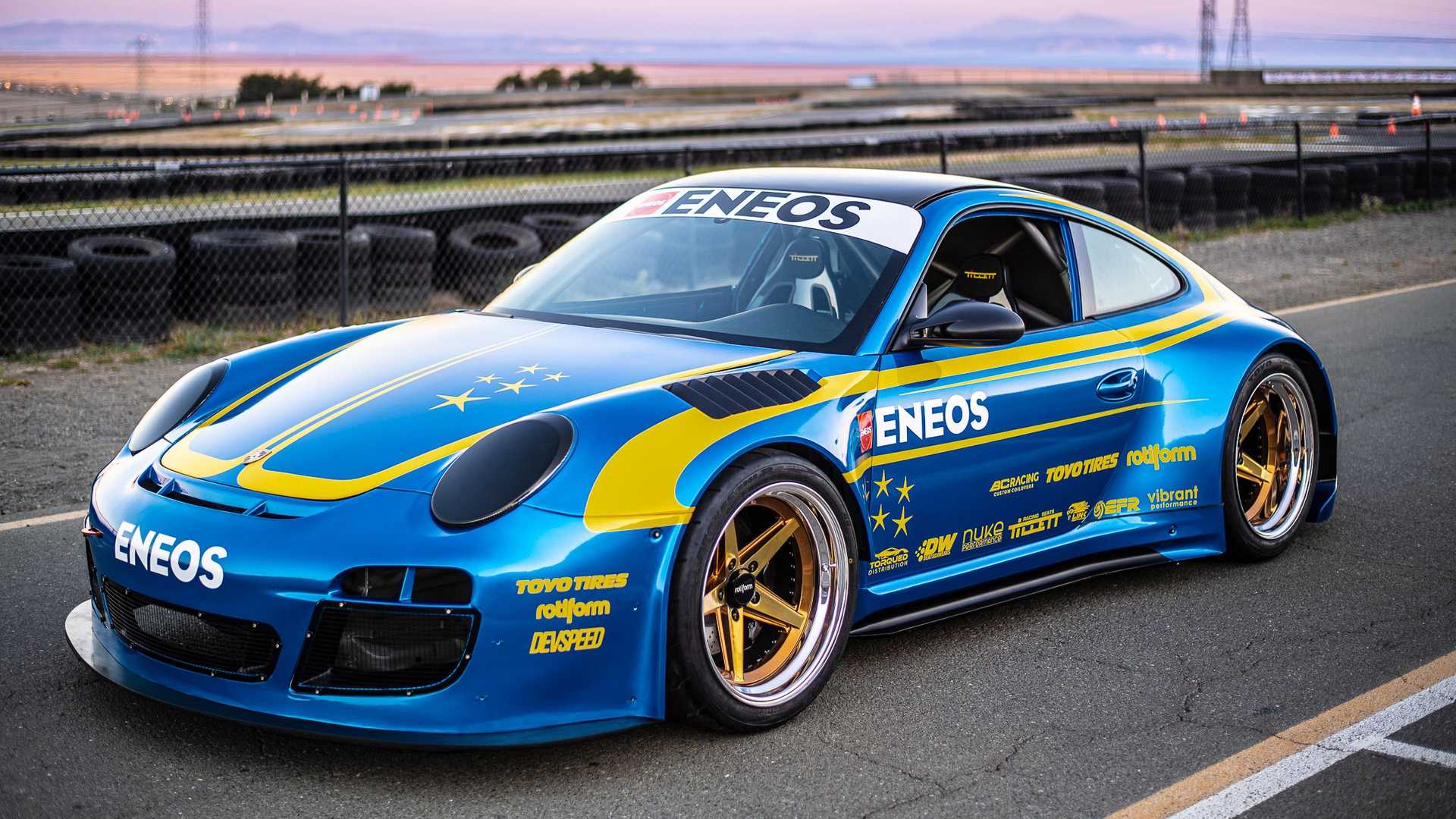 Eneos, Japan’s largest oil company, has also decided to attend the SEMA tuning show this year with an impressive Porsche 911 as an admission ticket.

The Porsche 911 GT3 STI is based on a year 2007 model that a team of tuning specialists bought at an auction without an engine. They decided to try putting the turbo flat-four mill of the 2008 Subaru Impreza WRX STI into the engine bay instead and see how it goes.

The upgrade involved installing an improved turbocharger system, a large intercooler, a reworked fuel system and a special exhaust system as well. A six-speed manual transmission drives the rear wheels like in any self-respecting Porsche 911.