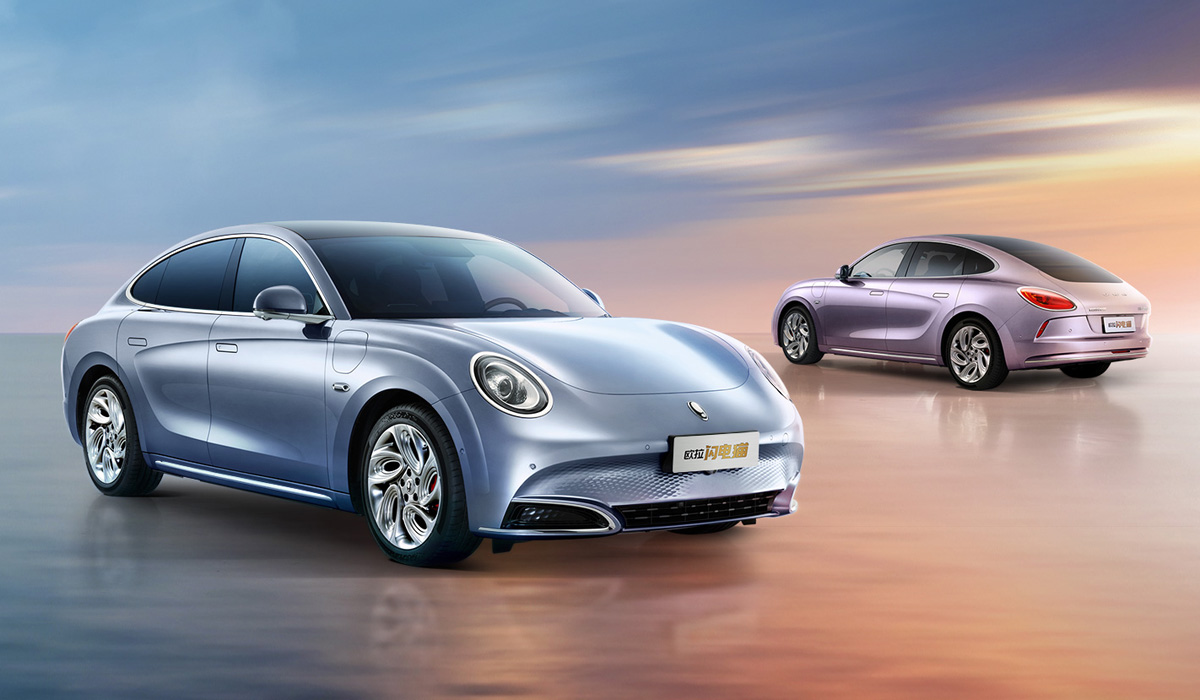 Ora, an electric car brand owned by Great Wall Group, previewed the Lightning Cat EV at the Paris Motor Show a while ago, and now, the car officially debuts as the flagship in its own lineup.

In terms of size, the Ora Lightning Cat is comparable with the Toyota Camry and Mazda 6. It comes based on a modified version of the carmaker’s own platform called L.E.M.O.N. and suspiciously resembles the Porsche Panamera in overall proportions and design, despite being a fastback.

The interior has five seats and a exudes a sporty aura. The dash gauges are digital, but encased in three separate wells (the underlying screen has a diagonal size of 10.25 inches). The head unit has a 12.3-inch screen, and other niceties on board include a HUD, adaptive cruise control, and 360-degree cameras. There is even a Level 2 self-driving suite installed with 10 cameras and 18 radars to go by.