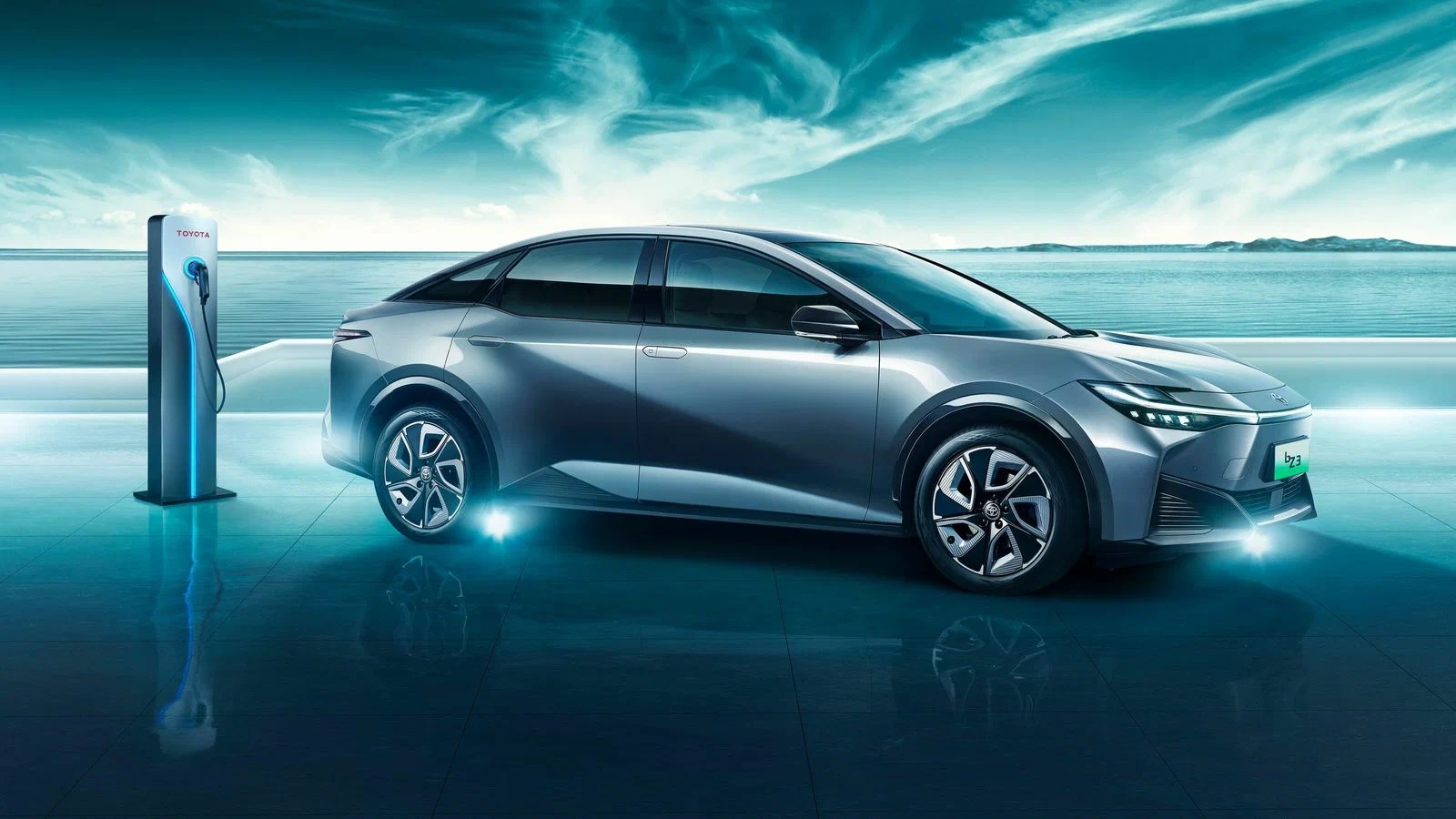 Toyota has expanded its bZ (‘beyond Zero’) electric car family to include a new sedan called the bZ3. The assembly will begin soon, and the sales will start in the first quarter of the next year.

The sedan follows the uniform design philosophy of its predecessor, the bZ4X SUV. The lighting all around and the body outlines make it especially obvious. Sophisticated aerodynamic optimizations have dropped the drag ratio to a low 0.218.

The interior accommodates five people and comes loaded with unconventional design decisions. For one, there are no paddle shifters under the steering wheel, and you are supposed to push buttons to signal turns. Joysticks mounted on the steering wheel control lighting and windshield wipers, while those found at the armrests open and close locks.

The infotainment system controls most of the other in-car functions, including even trunk access. The dashboard sits rather far from the driver and rather high up, too. There was no heads-up display of any kind in the trims revealed thus far.