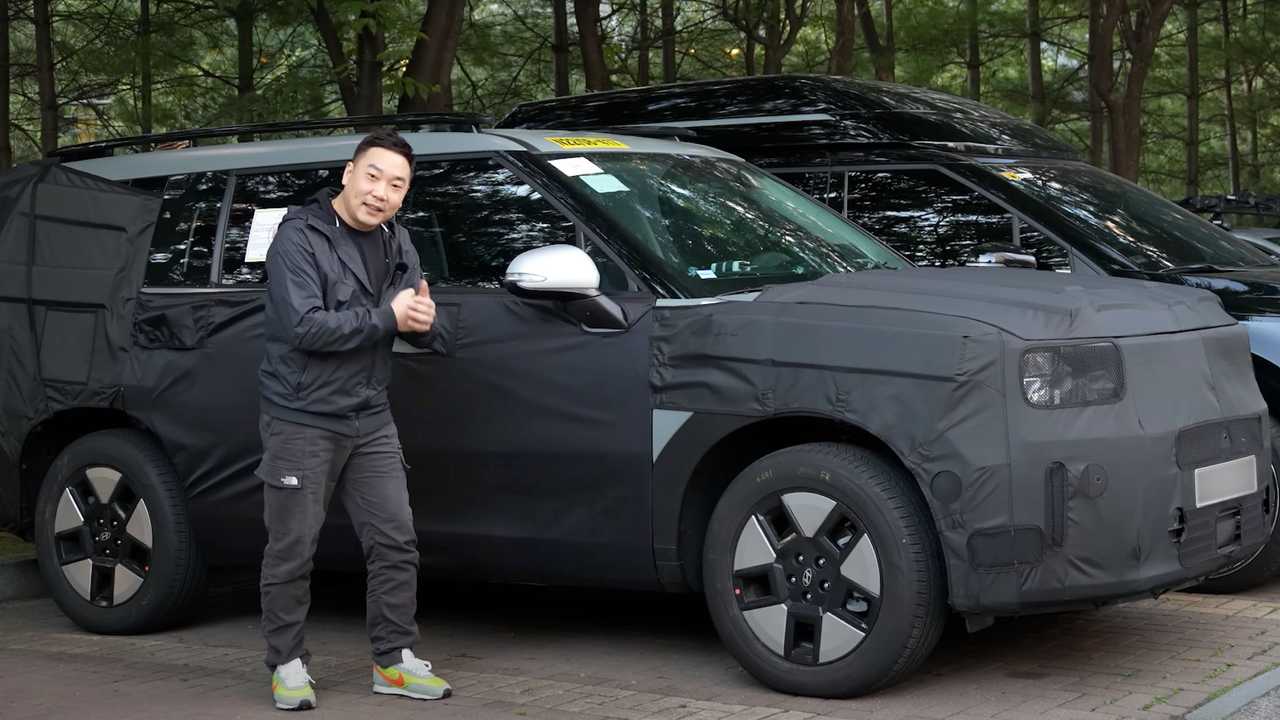 The latest-gen Hyundai Santa Fe has been around since 2018. It received a major facelift in 2020 that saw it switch to a different tech platform – many automakers would call it a generation change, but Hyundai settled for ‘mid-life refresh’. Well, the next gen is finally coming, too.

The new Santa Fe is already running pre-production tests in South Korea, and a recent spy video posted on YouTube provides a great look at a camouflaged prototype parked next to a Kia Carnival. As you can see, it is heavily cladded and even disguised with fake bodywork. Still, you can discern the new headlight layout and a boxier overall shape. The latter is best seen from the front end and from the sides.

Note also how sharply inclined the windshield. The a-pillars are blacked out, and the roof has rails on it. A peek inside the cabin reveals white leather trim and folded seats.

The fifth generation of the Hyundai Santa Fe is set to arrive in the second half of 2023.