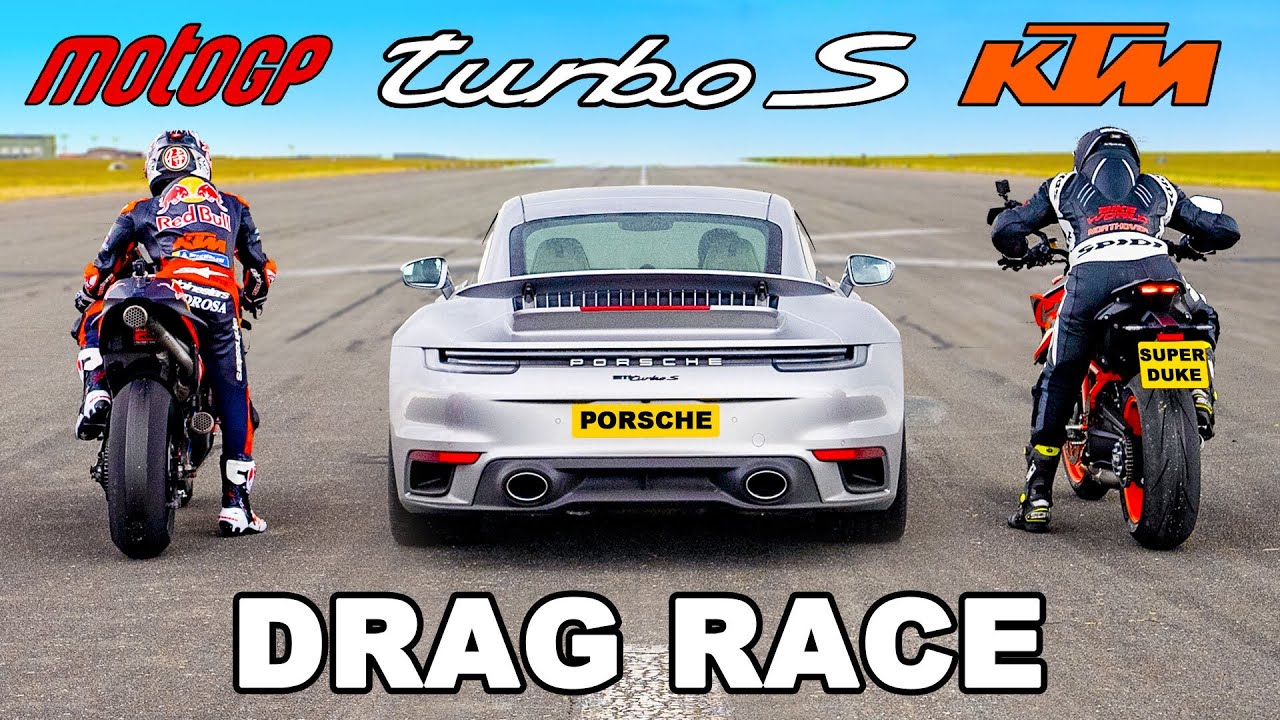 The latest-and greatest Porsche 911 Turbo S is a formidable racer that easily outperforms many supercars at the drag strip, even those with more muscle. But does it stand a chance against a superbike? Carwow brought a KTM Red Bull MotoGP and a KTM Super Duke R Evo to the quarter-mile stretch to find out.

Rounding off the trio is a KTM Red Bull MotoGP racing bike that packs 275 PS (271 hp / 202 kW) and weighs even less than its road-legal relative.