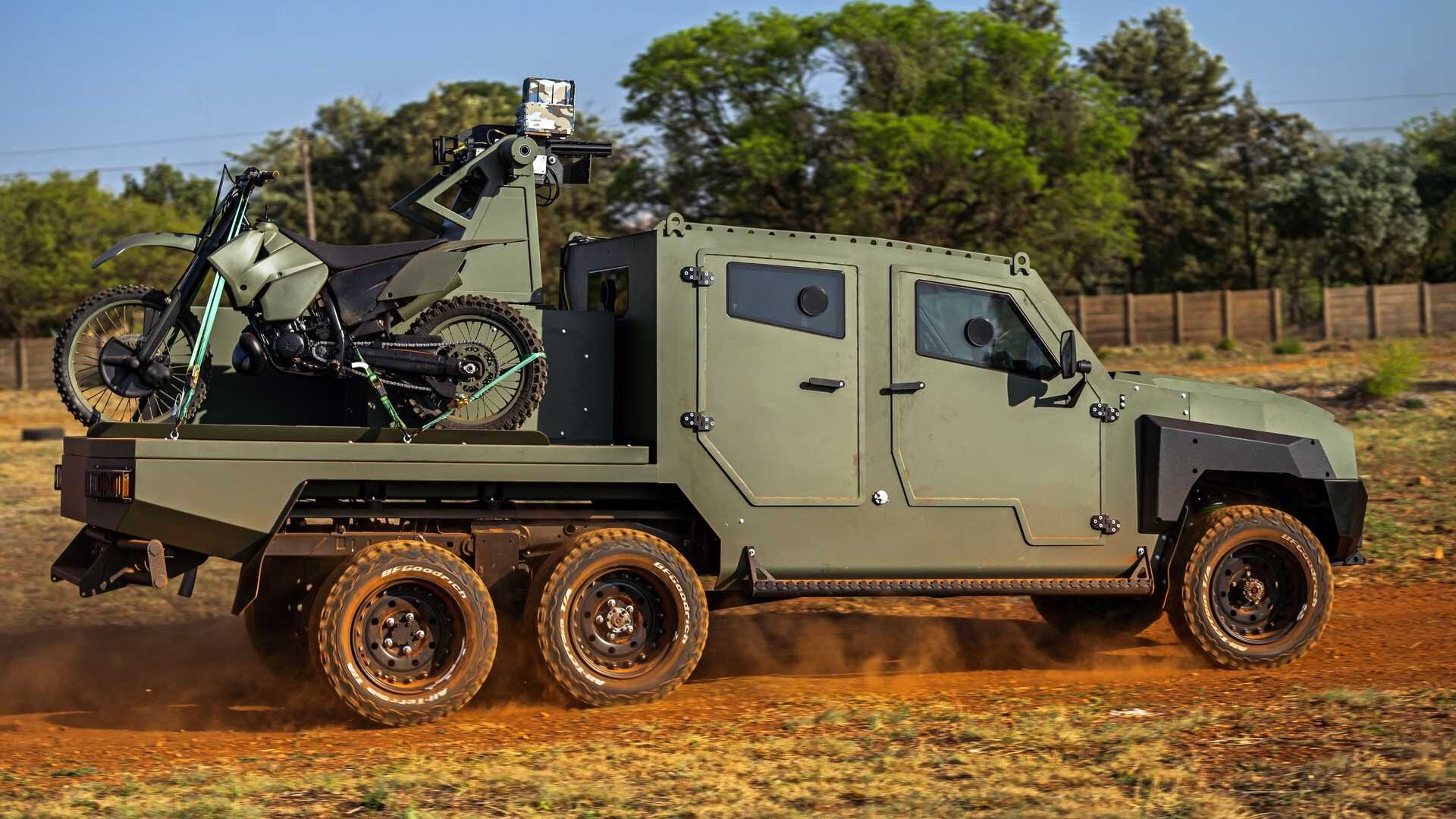 At a car show in South Africa, SVI Engineering unveiled its latest project called the Max 3, essentially a Toyota Land Cruiser 70 riding on six wheels and capable of intercepting drones. Oh, and there’s an enduro motorbike in the bed.

The team stretched the body of the truck and added a third axle, although we have no way of telling if it was active. Rotor brakes were put on all wheels for better deceleration, and the track width was equalized among the axles to ensure maximum overlanding performance. A sway stabilizer was added in the back.

The company will sell you such a car with BR6-grade ballistic armor installed by default, which provides protection against assault rifle fire and anti-personnel grenade explosions. You can pay extra for an upgrade to BR7. The car shown at the show was a Crew Cab pickup, but SVI Engineering said it was ready to modify single-cab variants and even SUVs in a similar manner.

Powering the armored off-roader is a 4.5-liter turbo diesel V8. The car is rated for a maximum weight of 5.5 metric tons, or 12,125 pounds. Military highlights on board include a radar that scans the surrounding area for drones and signals an automatic grenade launcher to lock on to any suspicious targets – all the crew has to do is push the button to destroy the drone. An off-road motorbike in the truck bed can then be used to recover the wreckage.