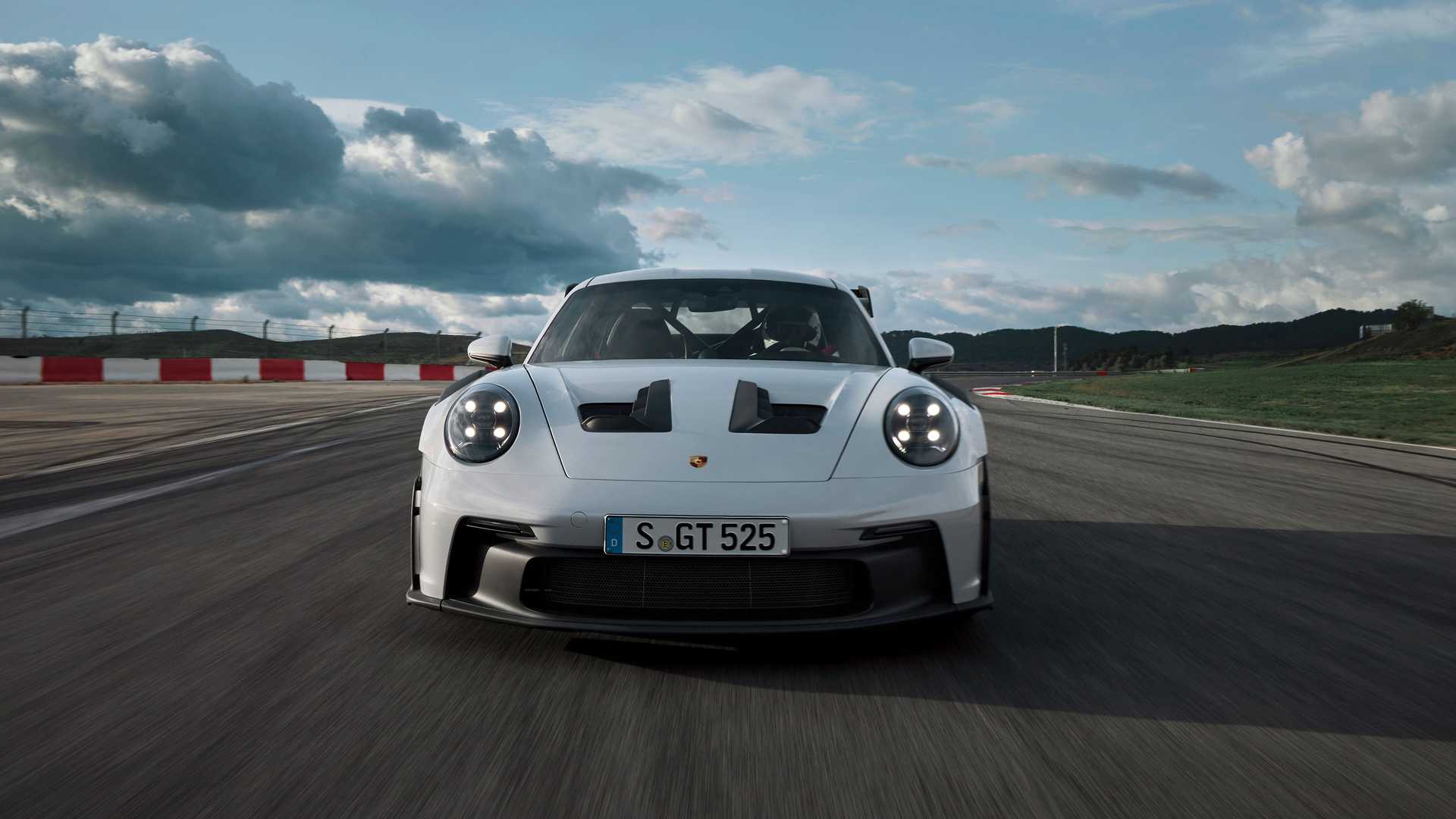 Porsche has finally taken all the wraps off its most powerful naturally aspirated 911 – the new GT3 RS. Powered by an engine rated at 525 PS (518 hp / 386 kW), the track-focused supercar boasts some unusual aerodynamic solutions not often found on production vehicles.

A look at the fenders all around reveals active flaps that automatically flatten at higher acceleration for a smoother aero profile and bristle back when the car brakes, improving deceleration in corners. Porsche claims that the mechanical brakes benefit greatly from this innovative solution – but you can still go for carbon-ceramic ones if you need them.

Drag-reducing trims, slits, winglets and shrouds can be found throughout the entire body of the car, including the roof and the bottom. The manufacturer says the downforce at 200 km/h (124 mph) now amounts to a record-smashing 409 kilograms (901 pounds). This is twice as much as the current 911 GT3 RS has and three times as much as the non-RS 911 GT3.

The enormous rear spoiler has two blades, the topmost one electronically adjusted for optimum attack angle. Drivers have a dedicated knob on the steering wheel to adjust it on the go. The remaining three knobs are for selecting drive modes, adjusting shocks and tweaking the rear differential.

At 1,450 kilos (~3,200 pounds), the newcomer is 20 kg (45 pounds) heavier than its predecessor. Carbon-fiber doors and carbon-frame seats are included by default, but you can spend extra to get a hood and a roof out of the same materials. Further options include sway bars, a roll cage and performance suspension components. Going for magnesium-alloy wheels will shave off a further 8 kilos (16 lbs).

Orders are already being registered with the prices starting from €230,000 in Germany.