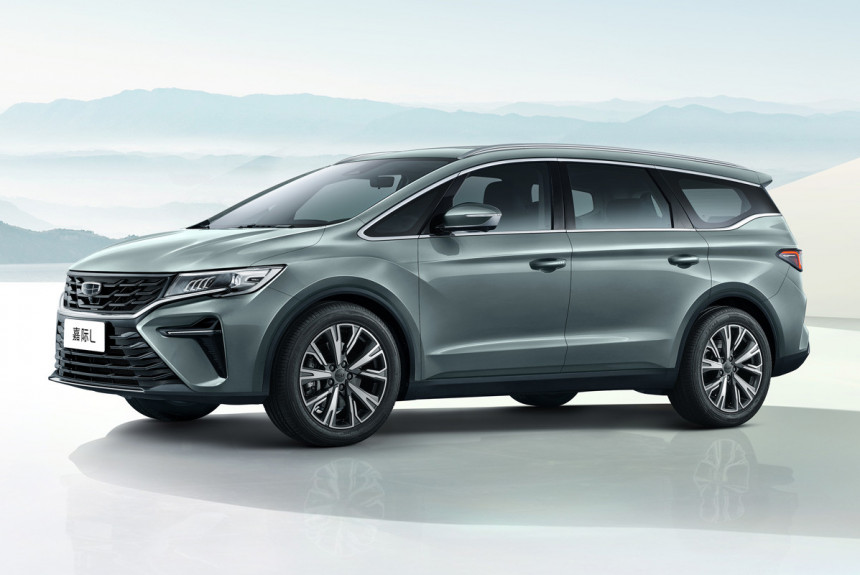 Geely has introduced a long-wheelbase ‘L’ version of its Jiaji van, which also gets other improvements in visual and technical departments. Sales in China will begin in the autumn.

The stretched vehicle is 120 mm longer than standard at 4,826 inches total, but its wheelbase remains fixed at 2,805. The additional length comes from a longer rear overhang, which results in a larger trunk area – but Geely has not mentioned any numbers. Like the standard Jiaji model, the L version has three seat rows inside.

To spruce up the cabin, the designers introduced a two-tone steering wheel rim, overhauled the dashboard layout slightly, enlarged the digital dash display to 10.25 inches and added a stacked center console with cup holders and extra sections. The images here show an interior with two separate seats in the second row, but you will be able to order a three-seat bench variant, too.

Like the new Geely Coolray from last month, the Jiaji L now uses a 1.5-liter turbocharged four-cylinder engine rated at 181 PS (179 hp / 132 kW) and 290 Nm (214 lb-ft) of torque. A seven-speed DCT fulfils the role of transmission, and the drive stays on the front axle no matter what. The standard-wheelbase Jiaji van (see video) utilizes a larger 1.8-liter engine and is also available as a hybrid.