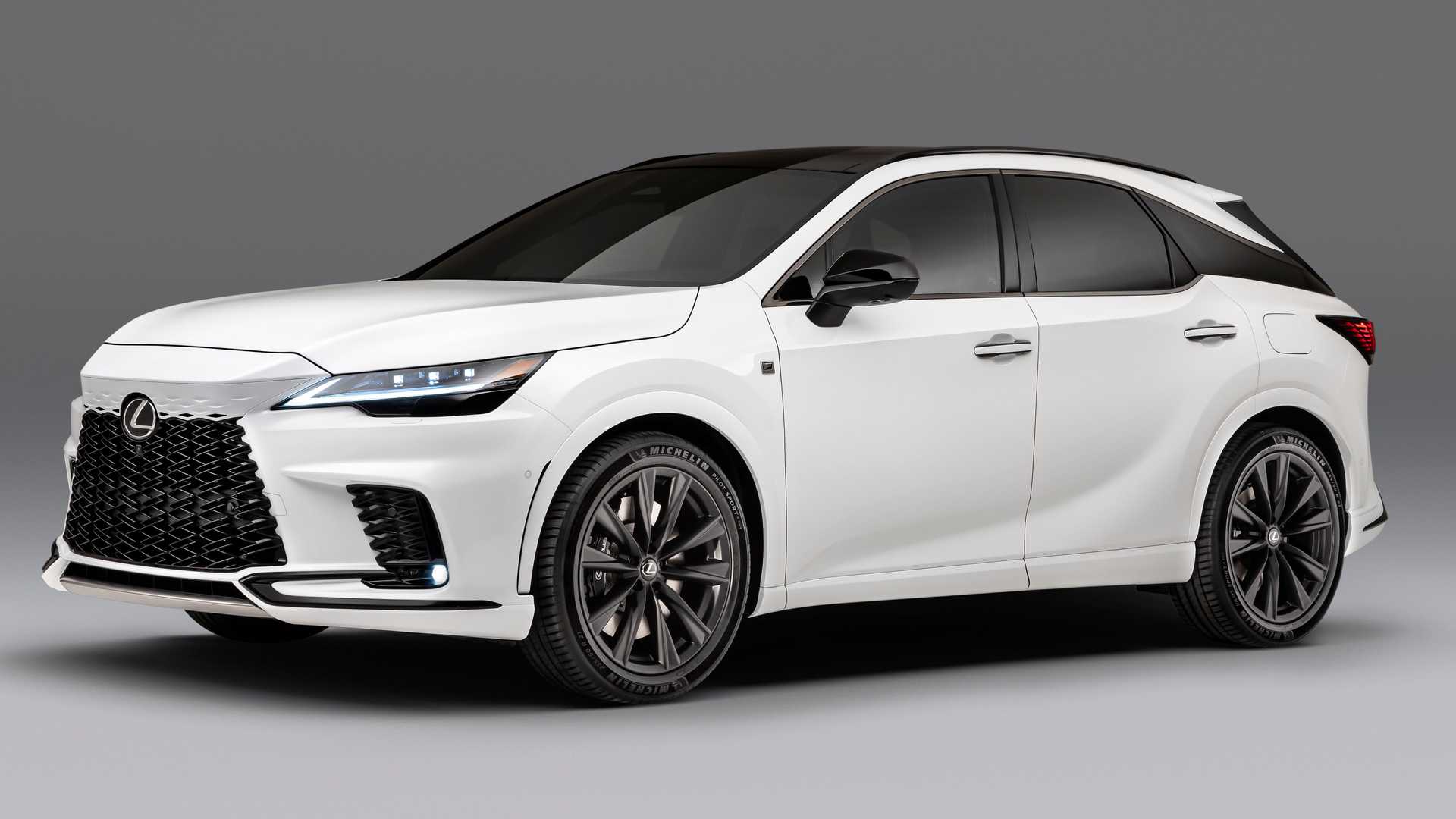 Lexus has introduced the fifth generation of its premium RX SUV. The model has kept its design recognizable while gaining major tech improvements. Sales will begin later in the year with four powertrains to choose from, all but one of them hybrid.

The latest iteration of the Lexus RX comes based on the GA-K platform and sheds around 90 kilos (200 lbs) compared to its predecessor while gaining 60 mm (2.4 inches) of wheelbase. The body length stays the same due to the rear overhang being shorter than before, though.

As for the power options, three of these have already been revealed, while the 450h+ part-electric spec remains to be announced at a later date.

You can tell the new RX from its predecessor by its recessed diamond sections in the upper front grille (the F Sport Performance has a different grille pattern), as well as a tail-end with a single brake light spanning its entire width. Inside, the infotainment display now resides next to the digital dash screen and can be up to 14 inches large. Other additions include a revised panoramic sunroof and a heads-up display.