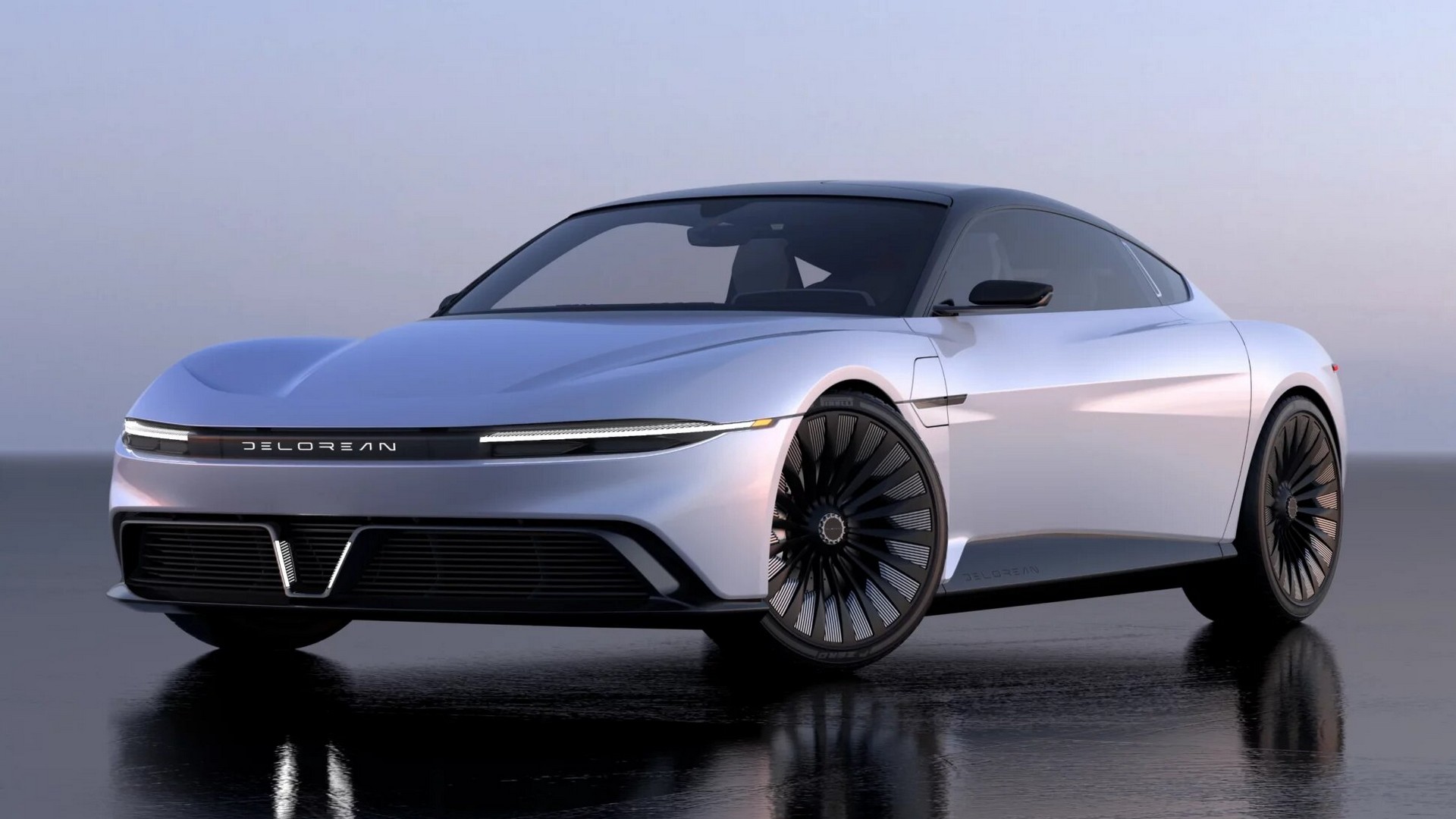 The DeLorean Company and Italdesign have joined efforts to resurrect the famous DeLorean car marque. Their successor to the iconic DMC-12, named Alpha5, looks much more up-to-date and is a fully electric car with gull-wing doors.

Compared to its predecessor (see video), the new DeLorean has only the rear window louvers and the gull-wing doors to prove its ancestry. The doors are much larger in their new version, though, and open access to both seat rows at once. The original DMC-12 was a two-seater.

Found inside the cabin are four individual seats, an unusually shaped steering wheel, a large dashboard display and another, smaller display installed on the console between the seats. Hardware buttons are present, but kept to a minimum.

With a battery capable of holding around 100 kWh of power, the coupe has around 300 miles (480 km) of driving range. The above is only relevant for the Standard Sport trim version, though; the company may later reveal other, higher specs.

A full premiere of the Alpha5 will take place at the Pebble Beach gathering on August 18, 2022, with the production set to start in two years’ time from the reveal. Only 88 units will be made for the nostalgic crowd. The assembly will take place in Italy, while an unnamed supplier from the UK will manufacture the drivetrains.