Don’t be fooled by the tame exterior of this Silvia-powered, RWD Honda Civic 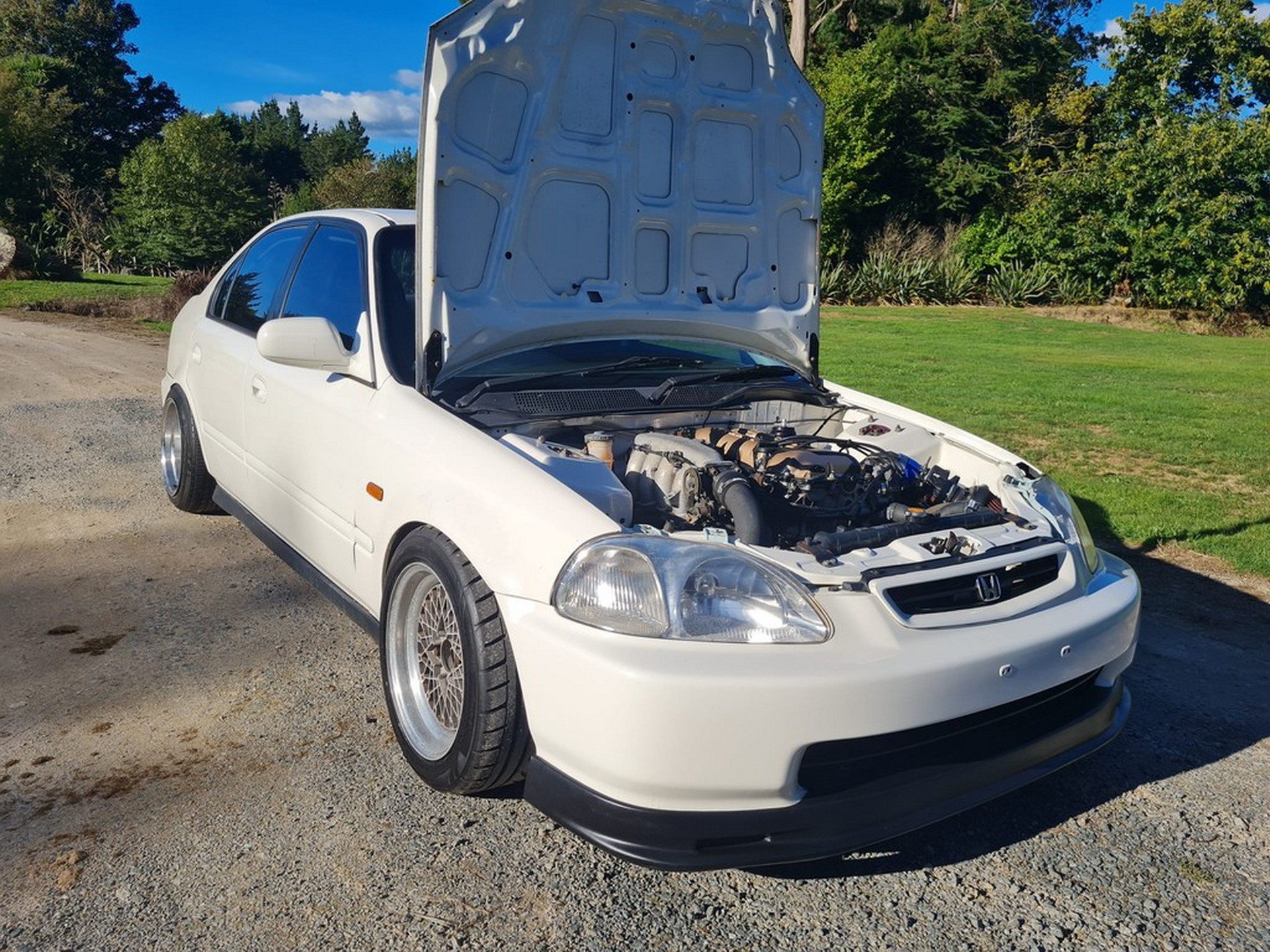 A rather unusual 1996 Honda Civic sedan has recently cropped up on sale in New Zealand for 6,000 NZD ($3,750). The asking price is a steal, considering what this nifty little ride conceals under the metal shell.

The tuner threw out the stock engine and put a turbocharged four-cylinder mill in its place – in fact, the same mill that powers the Nissan Silvia with around 210 PS (207 hp / 154 kW). They had to design a custom transmission tunnel from the ground up to move the drive to the rear axle. The tunnel was mounted on Silvia cross supports.

While the car reportedly rides well enough, its interior will take some work to make suitable for daily driving. Such issues as the worn steering wheel and the lacking audio system in particular could use fixing.

The seller admits that the engine is also in need of some tuning, preferably with an auxiliary electronic control unit. Other than that, even with the defects listed above, the unique RWD Civic should have no trouble finding an owner willing to fix it up and drive.