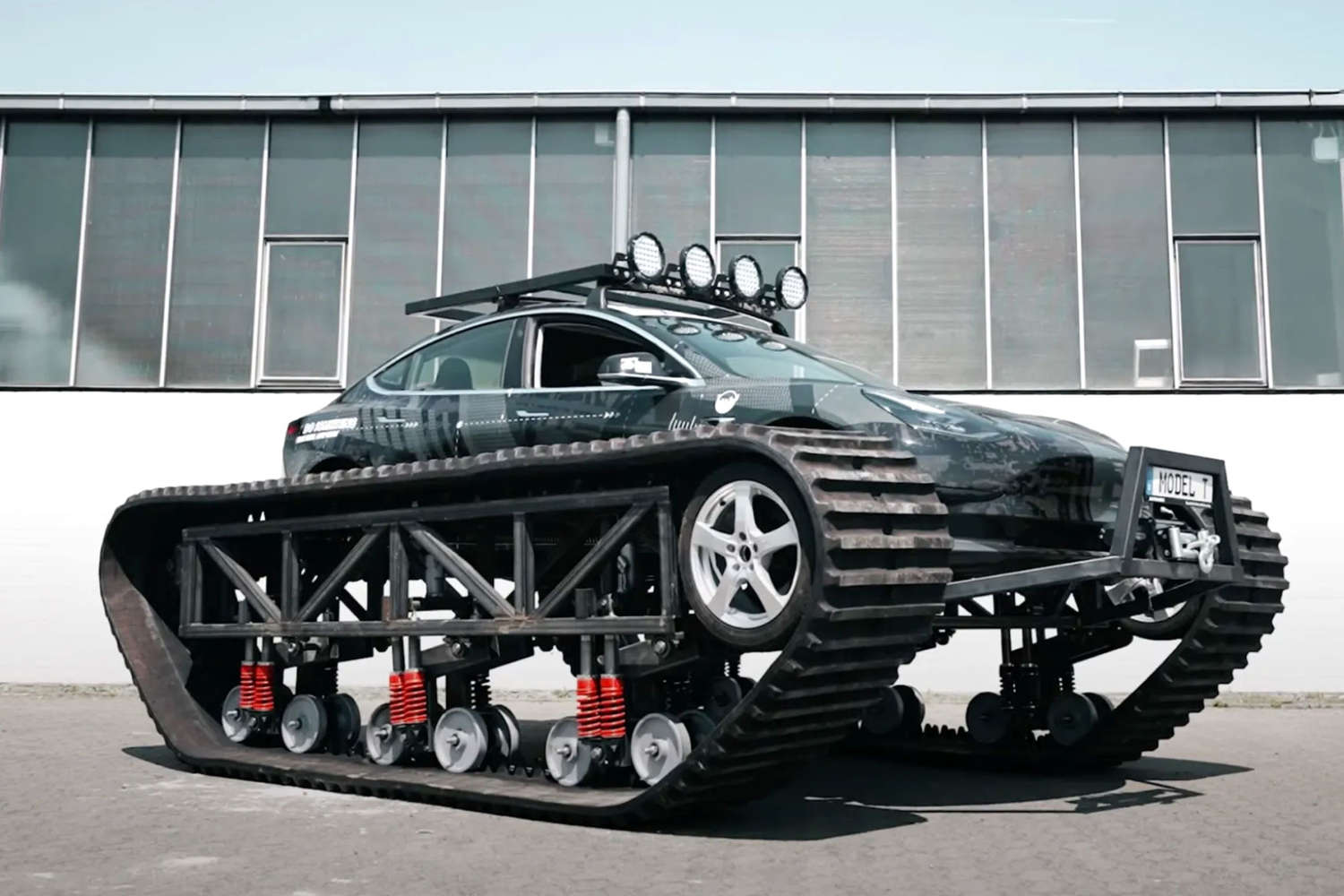 Tesla cars have lent their efficient electric powertrains to many aftermarket conversions, but an armored battle tank had not made the list until now.

The end result is a completely electric tank that weighs in at six metric tons (13,200+ lbs), which includes around 1,300 kg (2,850 lbs) per track. With 80 centimeters (32 inches) of ground clearance, a rugged body kit all around and a winch at the front end, it looks like the off-road should be scared of it, not the other way around.

The video details all the main stages of the build. The finished Tesla is shown rolling out of the garage already, but the tuners admit more testing is still needed before it can go.