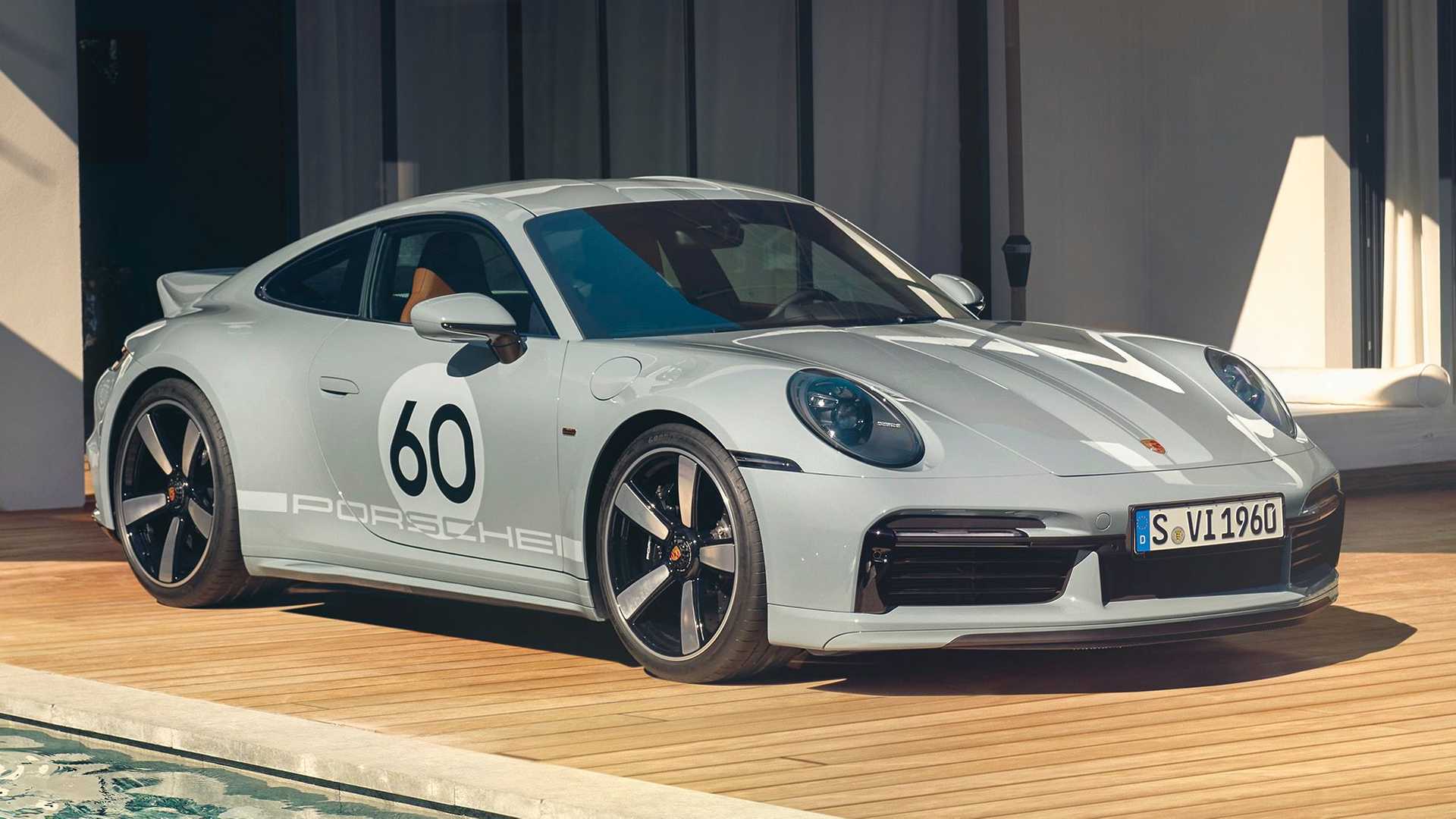 Porsche has taken the wraps off the Sport Classic version of its latest 911, which combines retro styling cues with manual-only transmission, rear-wheel drive, ceramic brakes, active suspension control and 543 PS.

The Sport Classic ditches automatic and AWD in favor of a more conservative approach to performance and handling. A 3.7-liter twin-turbo flat-six engine in the back still makes 543 PS (536 hp / 400 kW).

As far as the looks are concerned, the car wears a widebody kit and a ducktail spoiler that contributes much to its retro aesthetic. A similar spoiler was commonly found on the 911 Carrera RS lineup in the 1970s.

The roof with its two bumps resembles that of the 997-gen Sport Classic. Rounding off the look are Fuchs wheels that could pass off for originals if they hadn’t been sized 20 inches at the front and 21 at the rear.

The interior has also been re-trimmed with semi-aniline leather (a first since the 918 Spyder), fabric upholstery and wood inserts. The whole creates an atmosphere not unlike that of the late 60s – early 70s. There is even an analog tachometer along with other such ‘vintage’ touches.

The Porsche 911 Sport Classic will reach dealerships in late 2022.