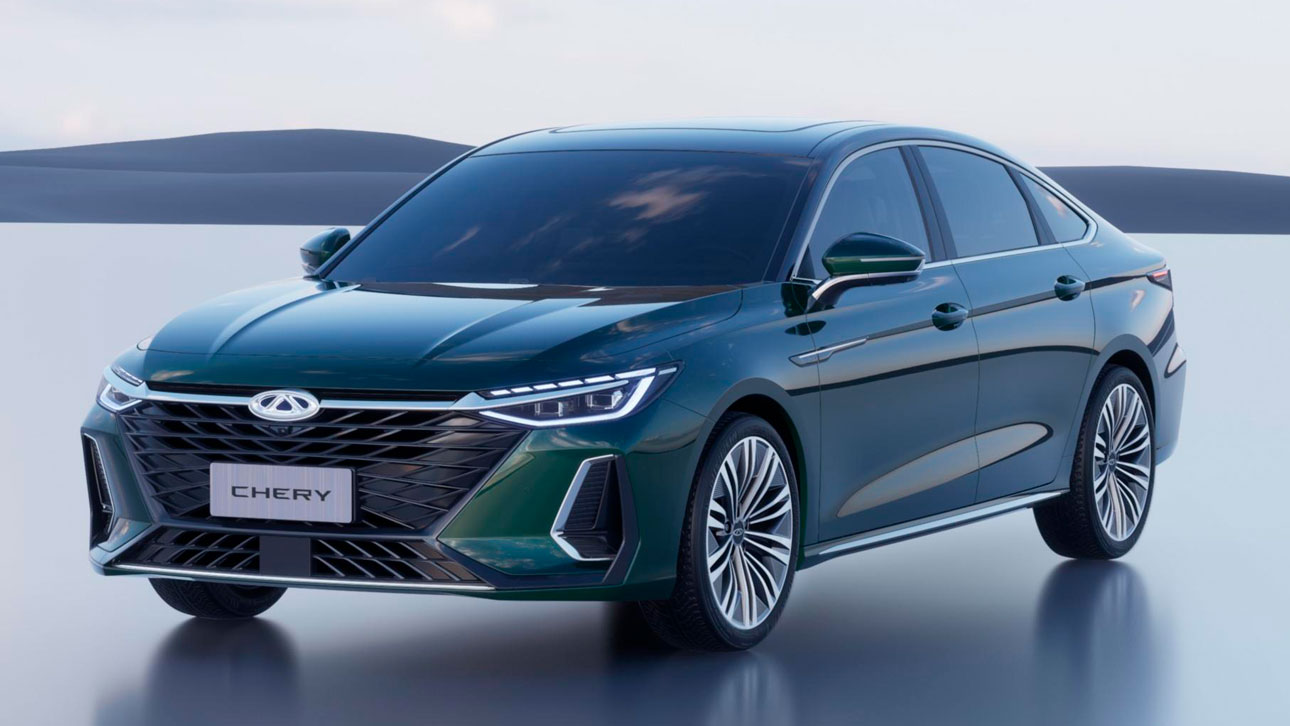 Chinese automaker Chery has shared pictures of Arrizo 8, its largest and most deluxe sedan on the lineup so far that comes closest to the Toyota Camry when compared to non-Chinese vehicles.

The newcomer boasts a sporty, liftback-like profile, but still has a rather large rear overhang to ensure enough trunk space. A large X-shaped radiator grille with a mesh pattern and a pair of headlights dominate the front end. The headlights are single-unit, but designed to look multiple-tier. The same applies to the taillights.

The interior is fairly tame-looking and lacks a center console, while the center tunnel appears rather massive. Two 12.3-inch displays merge into one on the front panel, and Chery promises access to Huawei online services along with an access to its own digital ecosystem. A dedicated interior camera is provided for the driver drowsiness alert system to function better.

On the demo shots, the interior is shown in grey and blue shades with imitation wood details. This fake wood can be found on the door cards along with power adjustment buttons for the seats.

Powertrain-wise, customers will likely be able to choose between a 1.6-liter and a 2.0-liter turbocharged engine rated at 197 PS (194 hp / 145 kW) and 254 PS (250 hp / 186 kW), respectively. Sales should begin later in the second quarter of the year starting with the lower spec. This information remains to be confirmed, though.

Chery facelifted its compact sedan Arrizo 7 last summer, renaming it to Xuandu (see video). The model sat at the pinnacle of the Chery range until the new Arrizo 8 dethroned it.