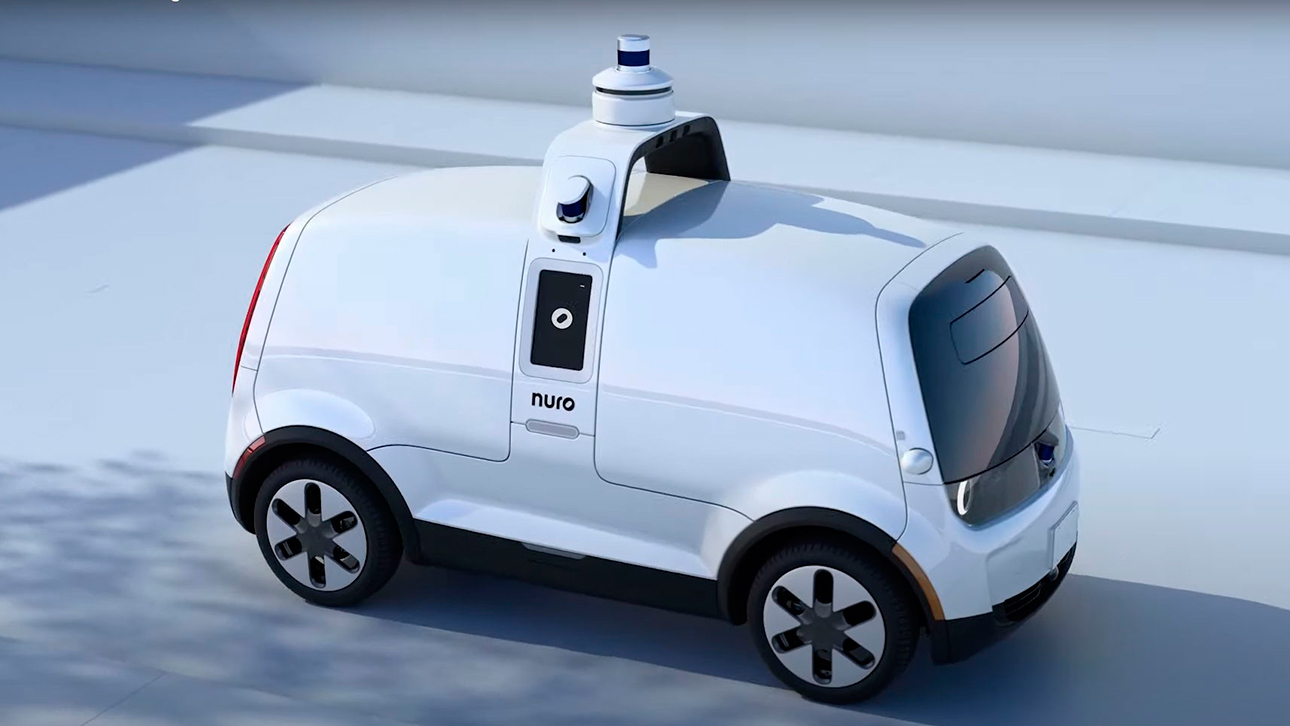 U.S.-based startup firm Nuro has unveiled the third generation of its all-electric courier robocar. Unlike the most of its peers, it has learned to drive itself on city streets, rather than sidewalks.

The novelty is around 20% smaller than a conventional car, but carries twice as much compared to the previous generation. It offers two storage spaces that you can reconfigure for specific goods to be delivered. The total carried weight maxes out at 226 kg (500 lbs). A touchscreen display located between the storage doors enables using the robot as a mobile marketplace.

Temperature-controlled storage can keep up the needed microclimate and maintain the deliveries appropriately hot or cold in any weather.

The batteries are charged using exclusively Texan wind farm energy, the company claims. With a top speed not exceeding 72 km/h (45 mph), the Nuro has a safety system for pedestrians and cyclists: there is an external air bag at the front end that should prevent hard collisions.

A trio lidars on the roof measure distances to various objects, while sensors and cameras guarantee a 360-degree view and a certain degree of redundancy (the total performance of the system stays unaffected if one or two parts fail). The cameras even clean themselves at all times to ensure continuous vision.

Nuro plans to launch production in South Nevada, where it has yet to build a factory for that purpose. The startup was founded in 2016 by Google ex-employees Jiajun Zhu and Dave Ferguson. The two teamed up with the U.S. branch of Chinese manufacturer BYD for this project.