Shake your head at this clinically insane Rolls-Royce tow truck 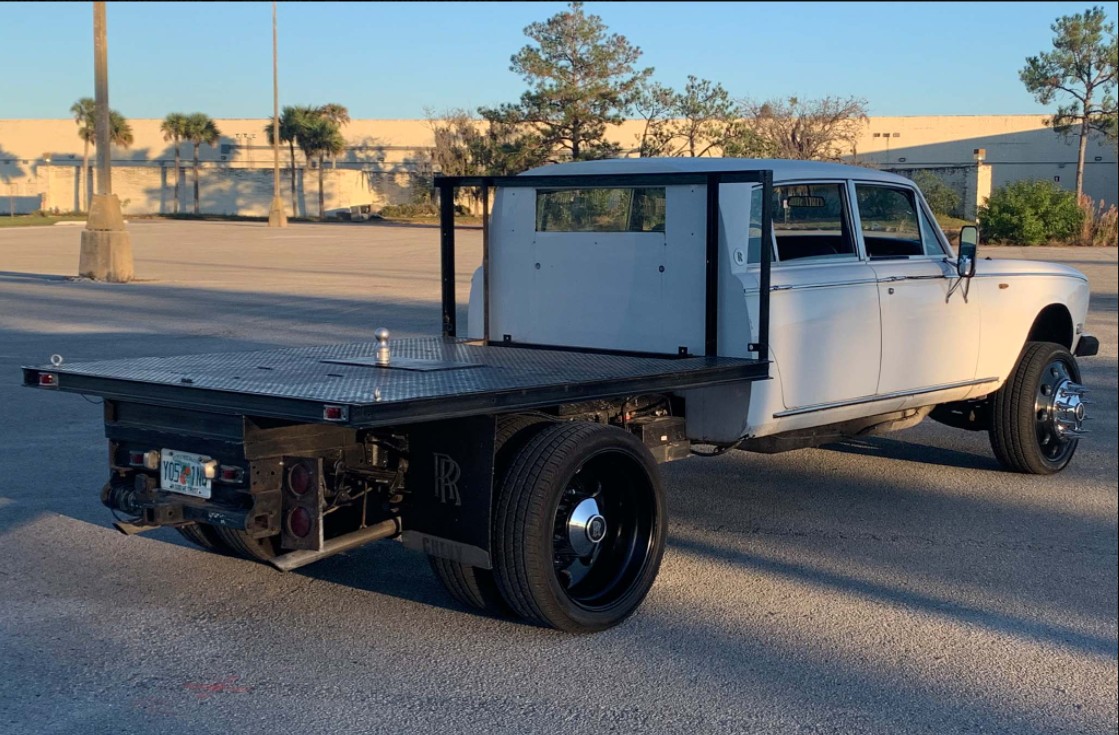 In case your eyes haven’t bled in a while, here is a British luxury limo converted by a father and son into an American muscle truck for hauling heavy trailers around.

John and Jordan Wojciechowski own a company in Florida that specializes in servicing Bentley and Rolls-Royce cars. As such, they needed a heavy-duty truck to haul car trailers around. And what better truck to get for transporting Rolls-Royces than another Rolls-Royce, right?

Now, you may beg to differ (count us in, too), but the Wojciechowskis actually mashed a truck together from Rolls-Royce parts and a 5.7-liter Chevy V8 engine. The V8 is not all they wanted it to be, apparently, so a six-liter LS crate engine is coming to replace it soon. A three-speed General Motors transmission drives the wheels with a gear lever sitting straight on the steering column. The dashboard and the door panels look stock or close.

The chassis stems from a Chevrolet truck. The tuner duo did not bother to check how much their Frankenroyce could tow, but one of the photos shows it hauling a dump trailer rated for 13 metric tons (28,660 lbs) of nominal load. The other details, including pricing, remain undisclosed.