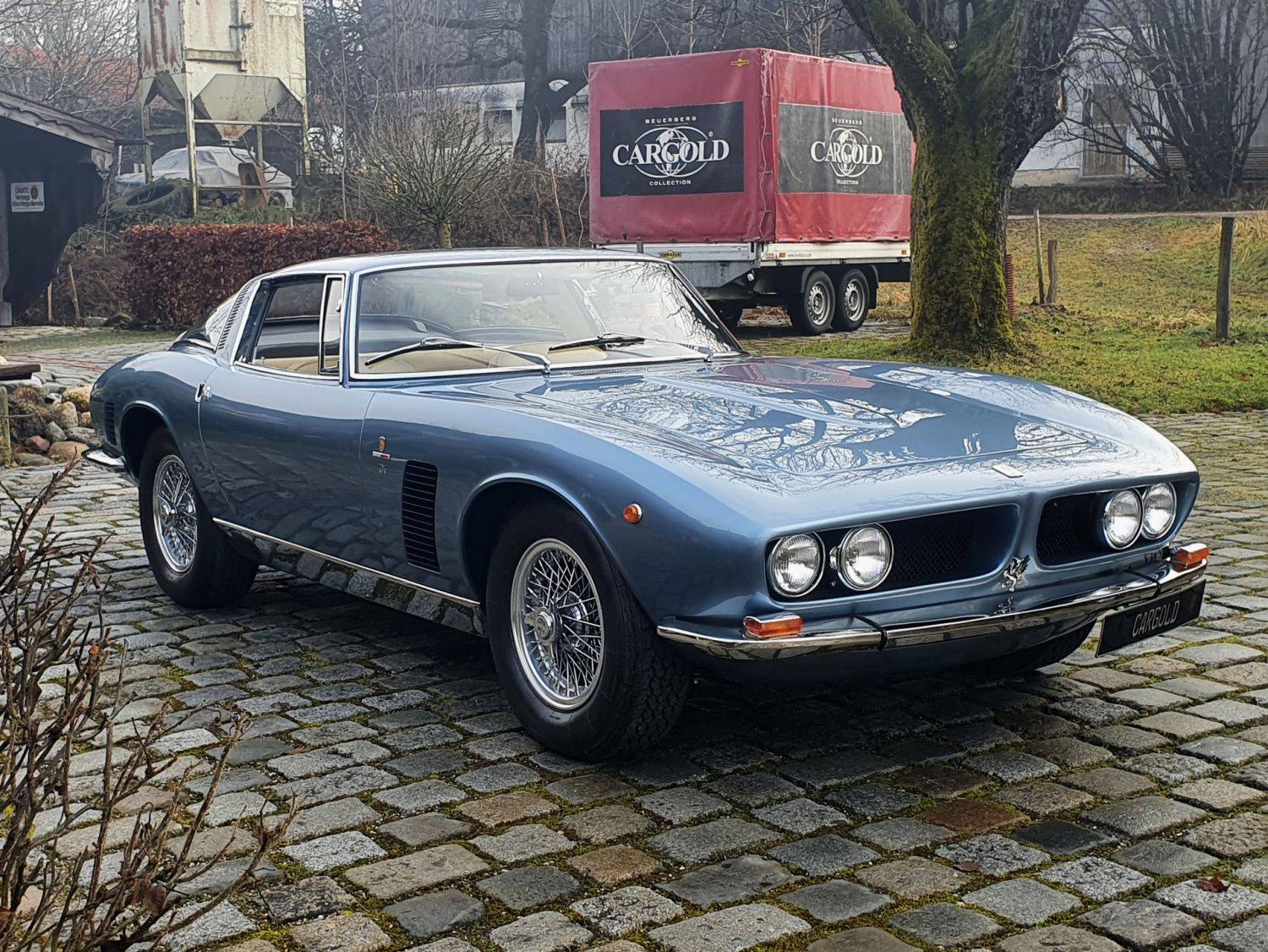 This 1966 Iso Griffo sports car belongs to the first production batch of 77 vehicles – out of around 300 units produced in total – and is looking for a new owner.

Ex-Ferrari engineer Giotto Bizzarrini participated in developing its chassis, while Giorgetto Giugiaro designed the exterior. A Chevrolet engine was put under the hood.

This particular car was assembled in 1966 and originally had an Italian owner. It was later imported into the USA, and the seller claims it has only been driven in dry and warm states, like California and Arizona. The mileage is around 25,000 miles (40,000 kilometers).

The Griffo made it to Germany in 2008 and underwent a complete restoration five years after that. It is currently considered one of the best surviving examples worldwide.

Renzo Rivolta’s company made the Iso Griffo in 1965 through 1974. The coupe came powered by various Chevrolet and Ford eight-cylinder engines. This one uses a 5.4L Chevy Small Block V8 with 300 PS (296 hp / 221 kW) and a four-speed manual transmission.

There is no asking price, but Hagerty reports that Iso Griffo cars from that era usually cost between $350,00 and $500,000 USD depending on the condition and specifications.