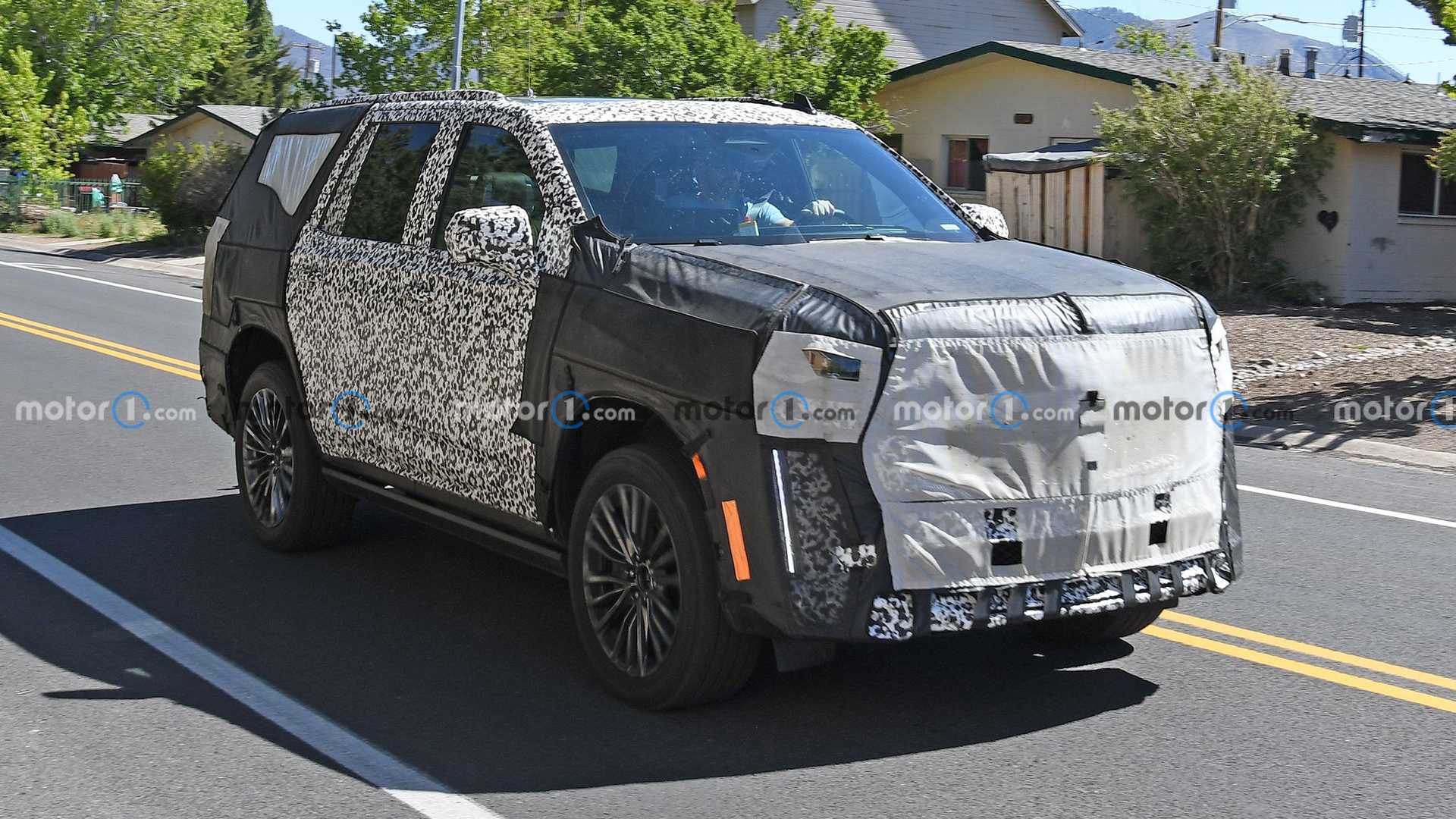 Cadillac has done much to ensure we learn nothing about its new high-performance SUV, the Escalade-V. However, after a long period of hardly any spy photos, a whole video appeared online featuring the car and its temperamental V8.

Note that neither the doors nor the roof have any cladding left on them. The side sills appear larger than those of the standard Escalade, but it could be an effect of the camera lens type and filming angle. A modest-sized spoiler and quad exhaust tips are also in view, the latter connecting to a 6.2-liter V8 with forced induction.

Rumor has it that the car uses the same LT4 mill as the Chevrolet Camaro and the Cadillac CT5-V Blackwing. The power remains to be announced, but the aforementioned Blackwing gets up to 678 PS (669 hp / 500 kW) out of it, while the Camaro gets 660 PS (651 hp / 485 kW). Judging by how fast and agile the SUV in the video is, it certainly packs no less than that.