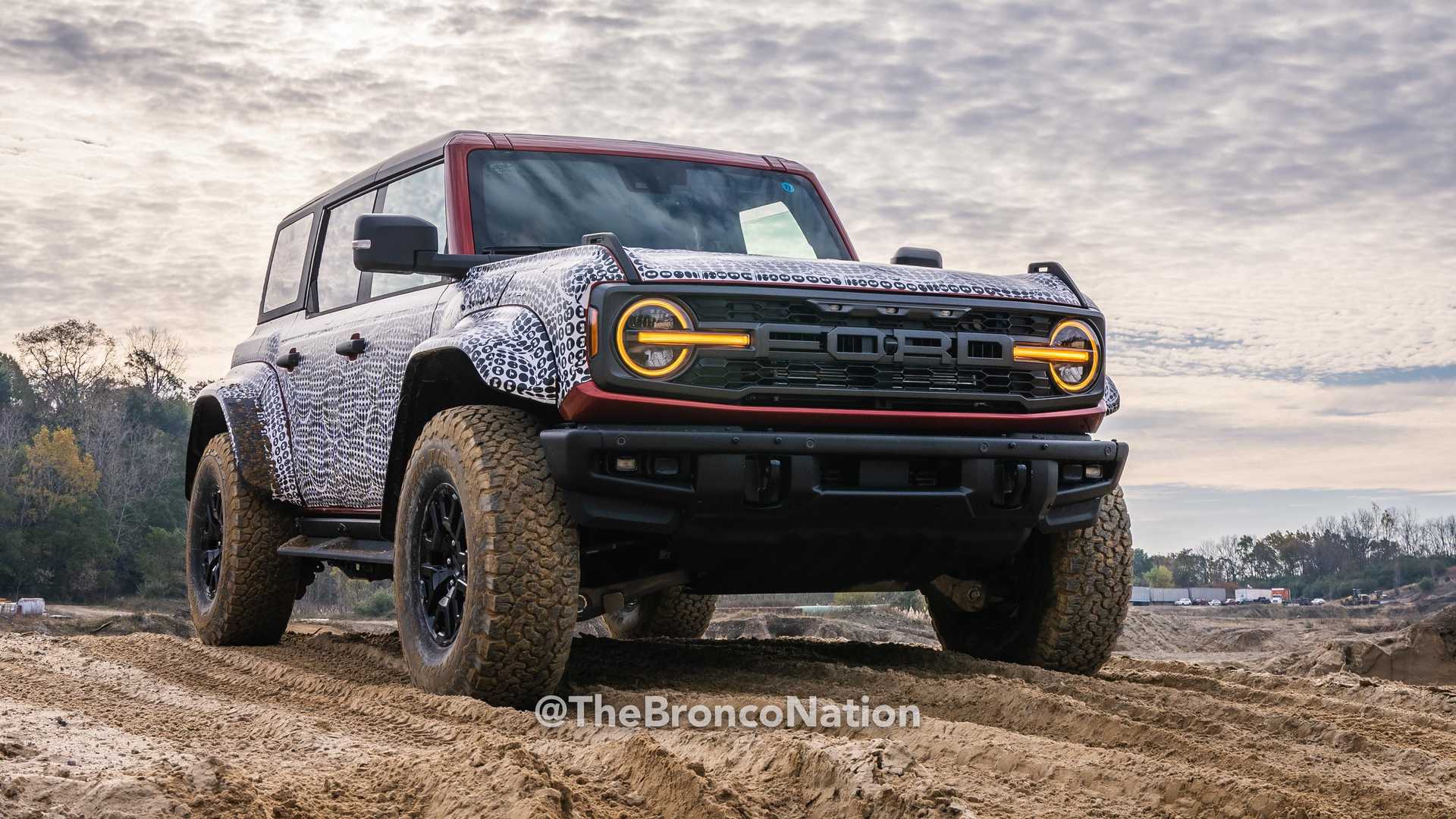 The Bronco Nation has published an exclusive video starring the upcoming 2023 Ford Bronco Raptor on an off-road track. If you listen in on the engine sound, you can just about discern a petrol turbo V6.

The Bronco in the video wears some camo, but you can still discern flared fenders, 37-inch tires, higher ground clearance and revised suspension. There is also a caption that says ‘Warthog’, although it remains to be seen whether that refers to an option pack or is an internal name for the Bronco Raptor itself.