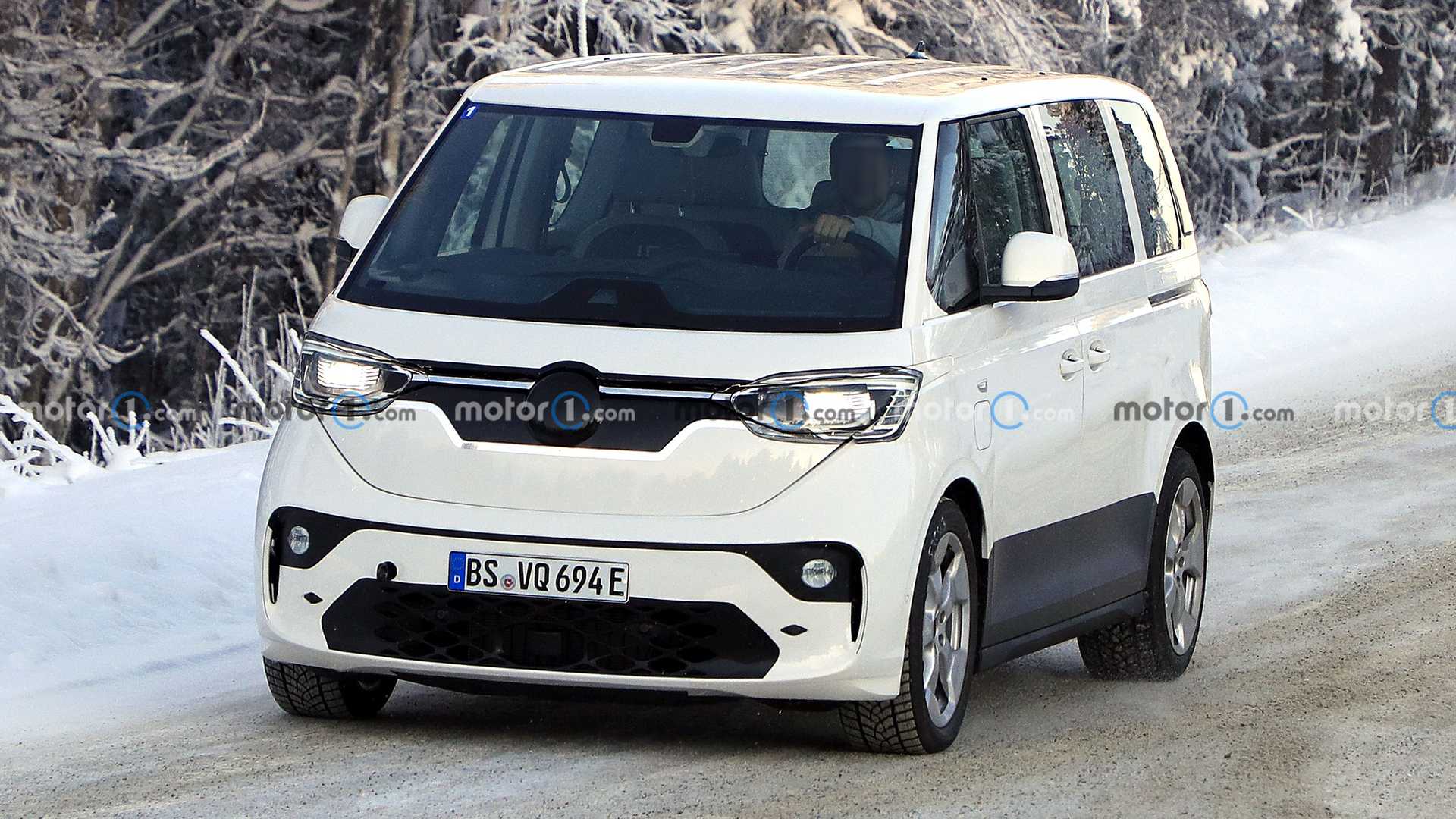 Volkswagen showed us the ID. Buzz last month, but back then, the electric van was wrapped in colorful, impervious camo. Now, spy photographers have made their own contribution – and it looks much better.

The van was spotted running tests in a winter environment. The headlights and the taillights were taped over to conceal their true shapes, and the VW logo was hidden as well, but the rest of the front clip was practically exposed. The sides also looked production ready except for the black trim pieces, which we suspect were fake.