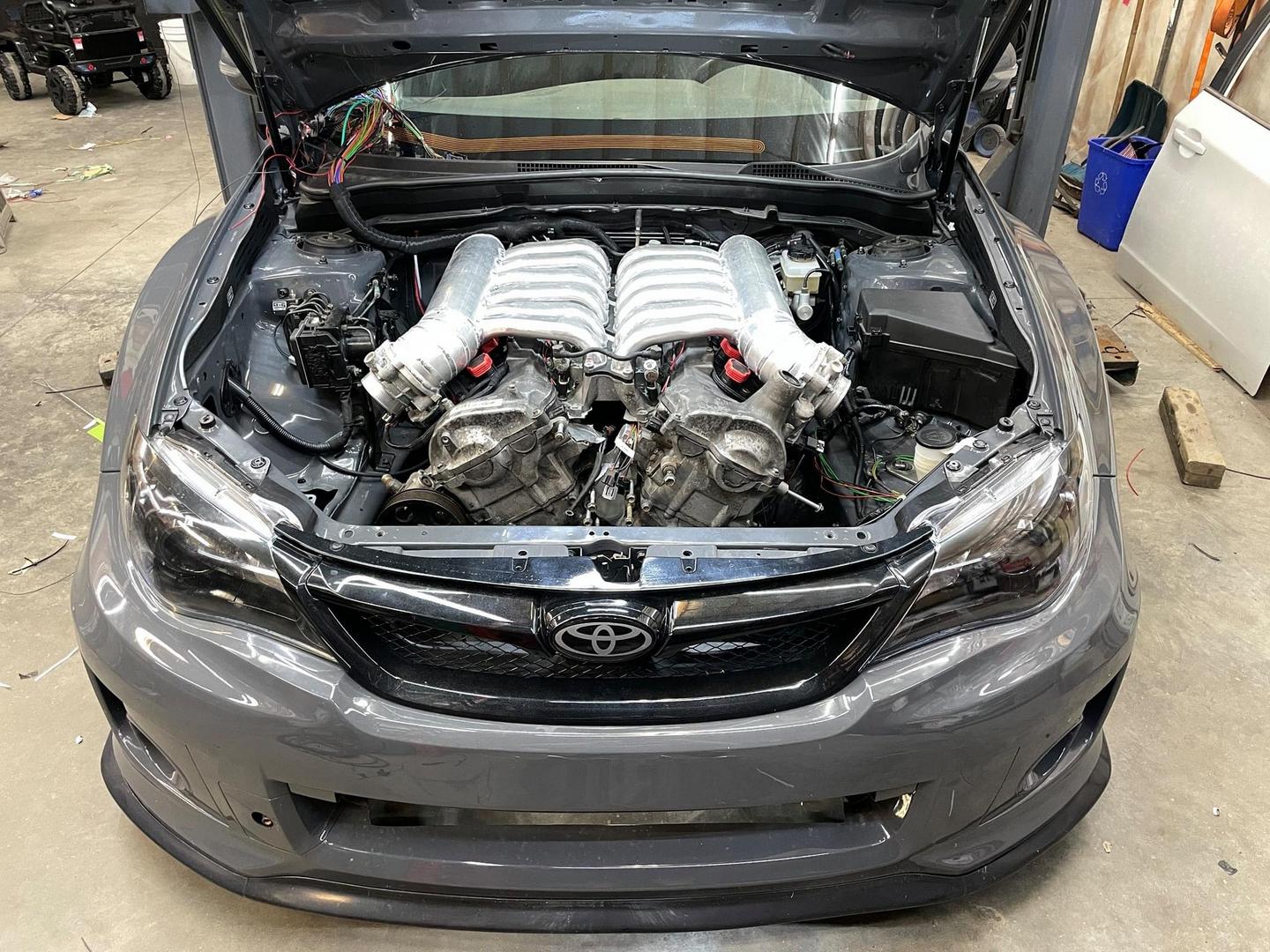 Jonathan Proulx, from Canada, claims his Subaru gets around 1,000 horsepower from its twelve-cylinder engine, uses a BMW dual-clutch transmission, and is one of a kind in the world.

Proulx says he bought the 2009 WRX STi five-door hatchback a few years ago and originally swapped it for a Toyota 2JZ mill paired with a six-speed manual transmission and part-time AWD system. Unlike most users of that engine, however, he was not wholly satisfied with it.

That’s why he performed another swap using a V12 engine from a Toyota Century imported from Japan. The five-liter naturally aspirated mill received dual Garrett turbos, forged pistons, new connecting rods and more. A 12-year-old BMW 335i provided the DSG box. Proulx claims the setup can generate up to 1,000 horsepower (746 kilowatts), but he hasn’t measured it yet.

The idea is to create a daily driver capable of finishing a quarter-mile run in 9 seconds or less. This, and Jonathan admits he simply feels like doing something no one has done before.