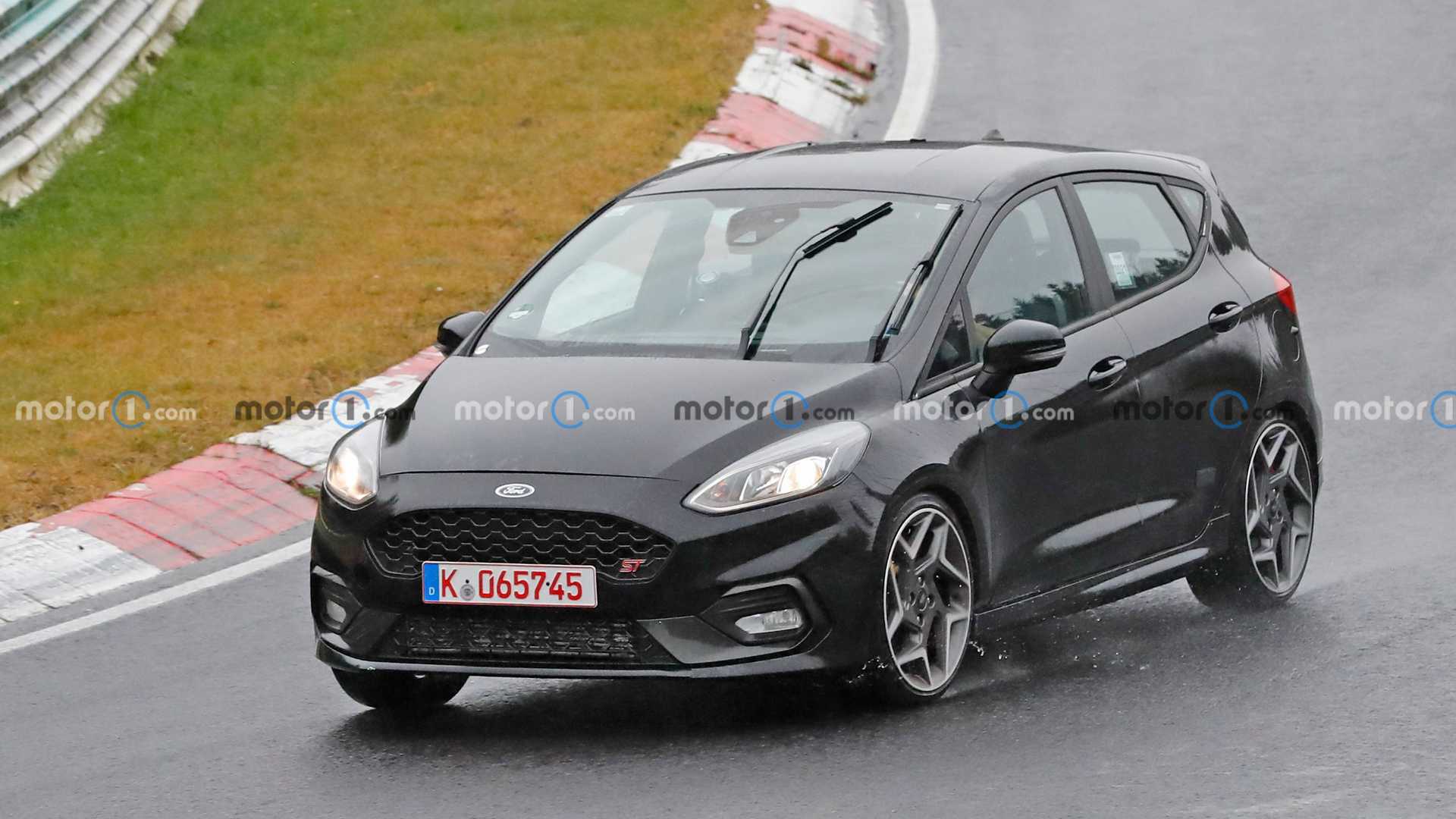 When Ford unveiled the 2022 Fiesta facelift, it said there would be no ST version. Okay, what is this car running tests on the Nürburgring?

It may seem stock at first, but a closer look reveals gold-colored calipers at the front end. The ride height also appears lower than usual, and the dual tailpipes must be new, too – they aren’t even properly aligned.

Further adding to the mystery is the fact that the car being tested is a pre-facelift example wearing black tape over its rear parking sensors for some reason. There is also a black rectangle on the driver-side rear door, which could be a sensor of sorts or simply a decal.

In conclusion, the spy shots pose more questions than they provide answers. Our only theory is that Ford might be getting a high-end Fiesta ST special edition ready to rumble, perhaps to say farewell to the model’s career in the WRC. The Puma ST Hybrid will permanently replace the Fiesta ST in its market niche starting next year.