Official: Audi will first give the e-tron a facelift, then the axe 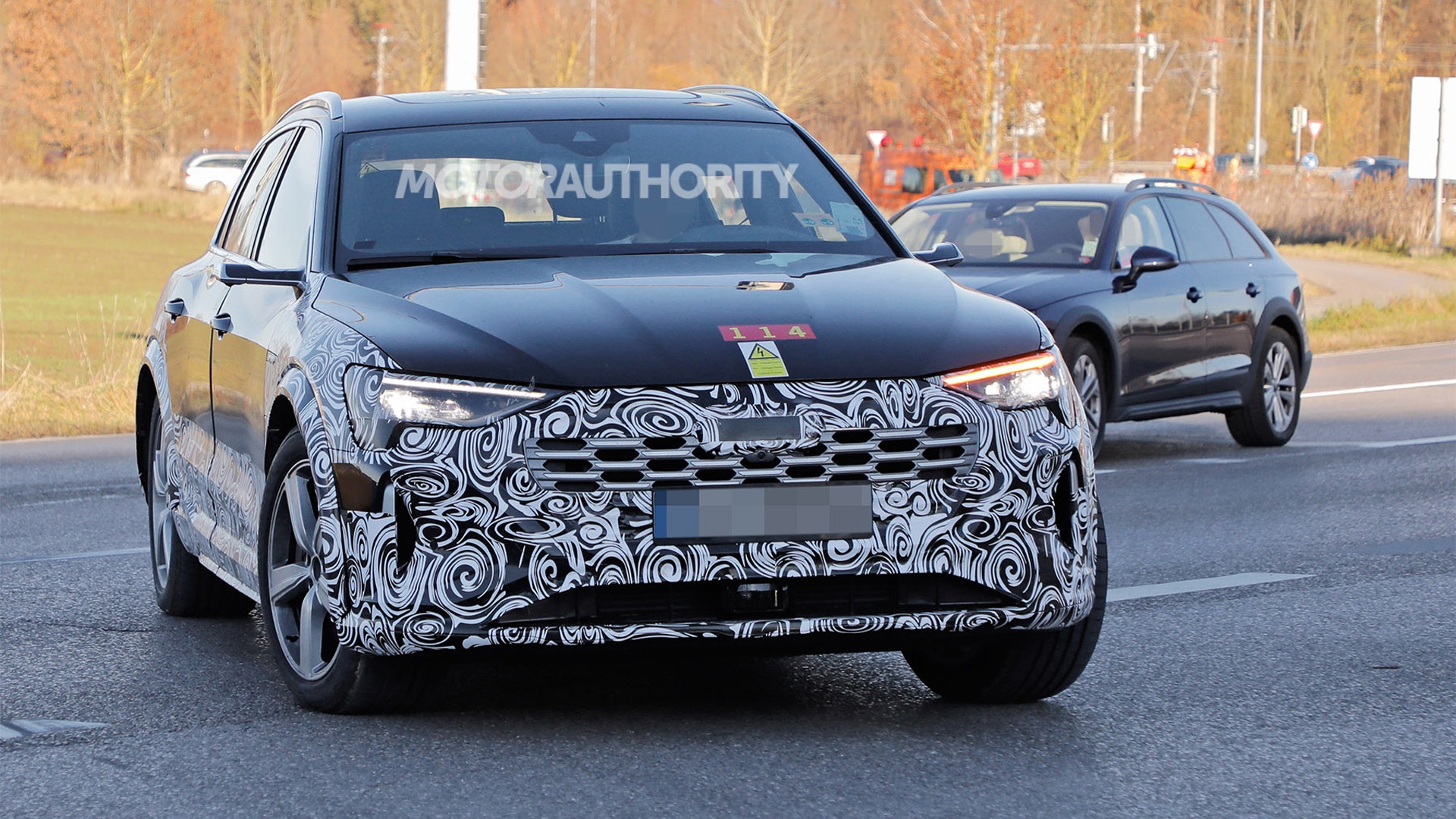 Car spotters have managed to photograph a few facelifted e-tron models running tests in test mule camo. The update should debut in 2022 and become the first and the last in the history of the all-electric SUV.

Audi CEO Markus Duesmann said that a brand-new electric car based on an innovative tech platform would come to permanently replace the e-tron in five years. He even mentioned its name: the Q8 e-tron. The original car was built on the outdated MLB platform that lent itself best to ICE powertrains, while the Q8 e-tron will take advantage of whatever EV architecture Volkswagen Group considers the most advanced at the time of development. It will go into production in Belgium, where the original e-tron is currently being made.

The prototypes spotted on the streets were heavily cladded, leaving exposed the radiator grille with a new 3D pattern, slim headlights, and redesigned brake lights. They also had cameras instead of side mirrors.

While not official, we suspect that the 2022 e-tron update will get powertrain improvements, particularly a larger battery for more driving range. The current version (shown in the video) maxes out at 503 PS (497 hp / 370 kW) and 400 km (248 miles) of range with a 95-kWh traction battery. The coupe-like e-tron Sportback should get a similar range of upgrades, too.