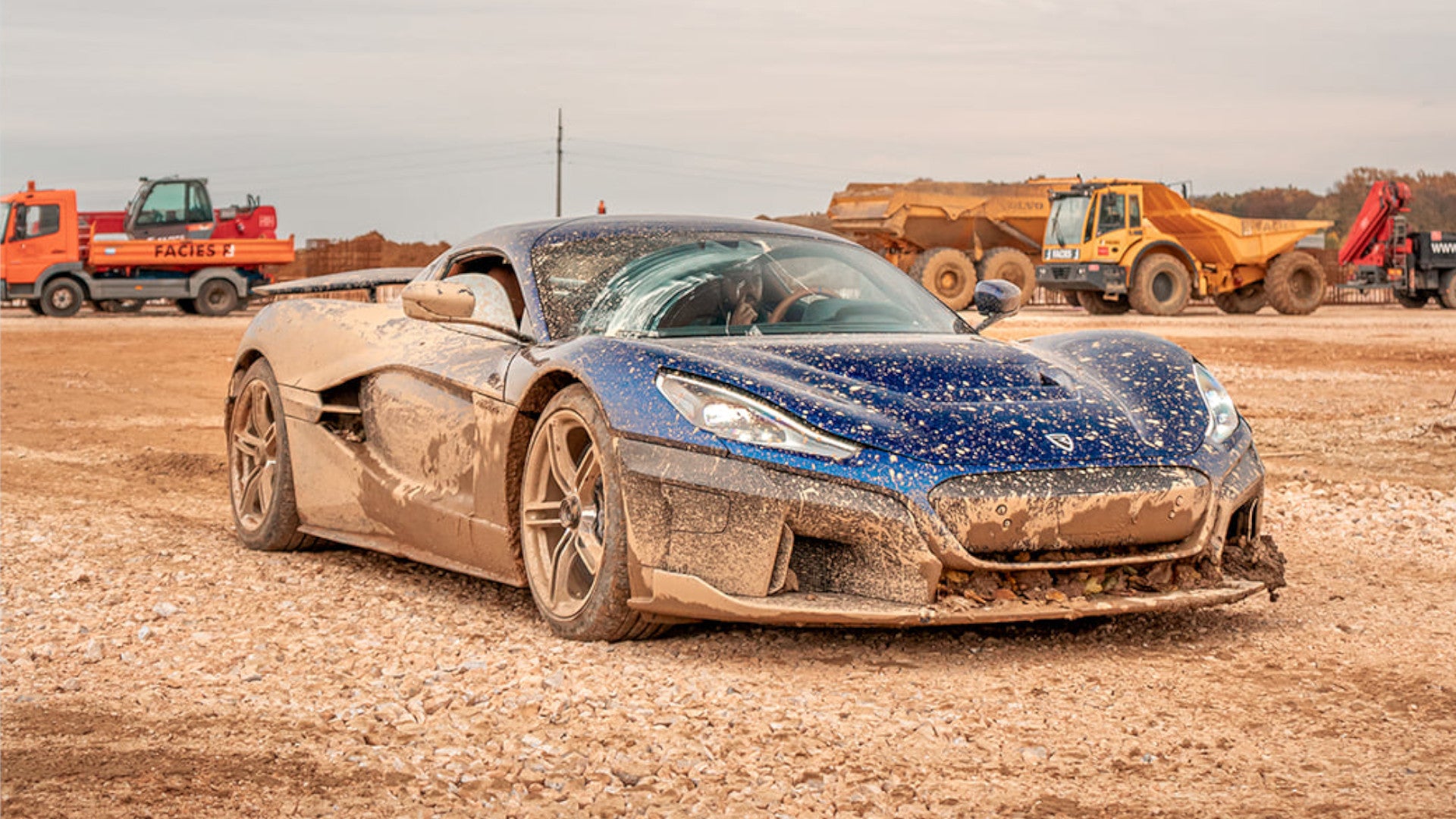 Croatian hypercar maker Rimac has updated its report concerning the pre-production tests of the 1,914-PS Nevera model. Apparently, dozens of such cars have been crashed in safety tests, including the one you see here.

The latest video shows a nearly market-ready example of the Nevera, and the first one assembled in 2021. CEO Mate Rimac showed it to many potential buyers, media representatives and investors before getting behind the steering wheel and taking it on a joyride in a suburban area with dirt roads.

The company has already wrapped up all the certification tests in Europe and is nearly finished with the same in the United States, but it needed another hypercar destroyed before production. Not willing to let it go down without a fight, Rimac drove it along a forested track covered with fallen leaves and then went drifting in mud puddles on a field.

A new Rimac HQ will be built next to the areas shown in the video, but in the meantime, the future construction site looks like a perfect place to drift in an electric ride worth €2 million and capable of going 0-100 km/h (0-62 mph) in under two seconds.