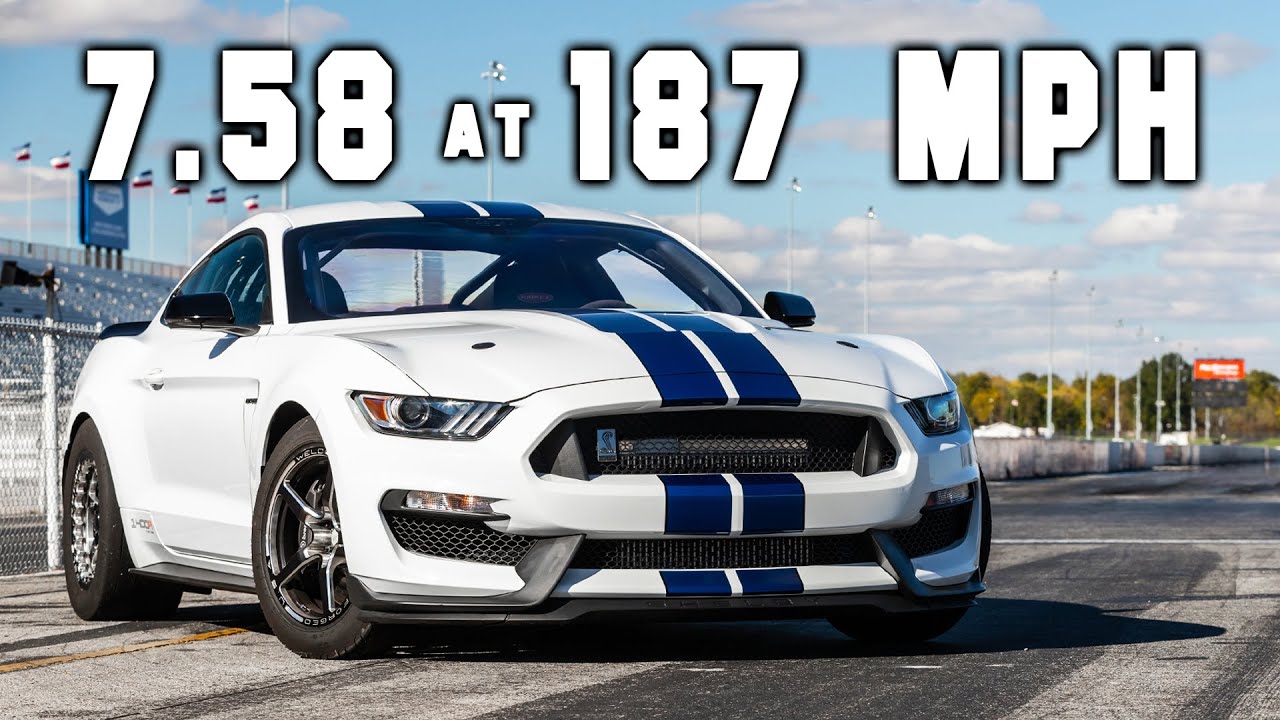 Marvel at this 'Stang capable of a 7.5-second quarter-mile sprint.

As you may know, the Mustang family generally has no issue with snapping off the start line and gaining speed, but it still falls behind most dedicated drag racers. This example is a different story altogether, though, thanks to packing over 1,100 horsepower under the hood.

The owner of this Ford Mustang Shelby GT350 hired Fathouse Fabrications to have his ride turned into a drag strip king. The team outfitted its 5.2-liter naturally aspirated V8 with dual turbochargers and further upgrades, raising its output from the original 533 PS (526 hp / 392 kW) at the rear axle to 1,159 PS (1,143 hp / 852 kW). Even with the stock six-speed manual transmission, the car was able to zap through a quarter-mile track in 8.6 seconds.

The driver was apparently still not done with the build, and requested a number of further modifications, notably including a three-speed drag-racing A/T. When all was said and done, the ‘Stang managed to cover the same distance within 7.58 seconds, hitting 301 km/h (187 mph) in the process. To give you a point of reference, dual-turbo Lamborghini Huracan builds show similar performance.