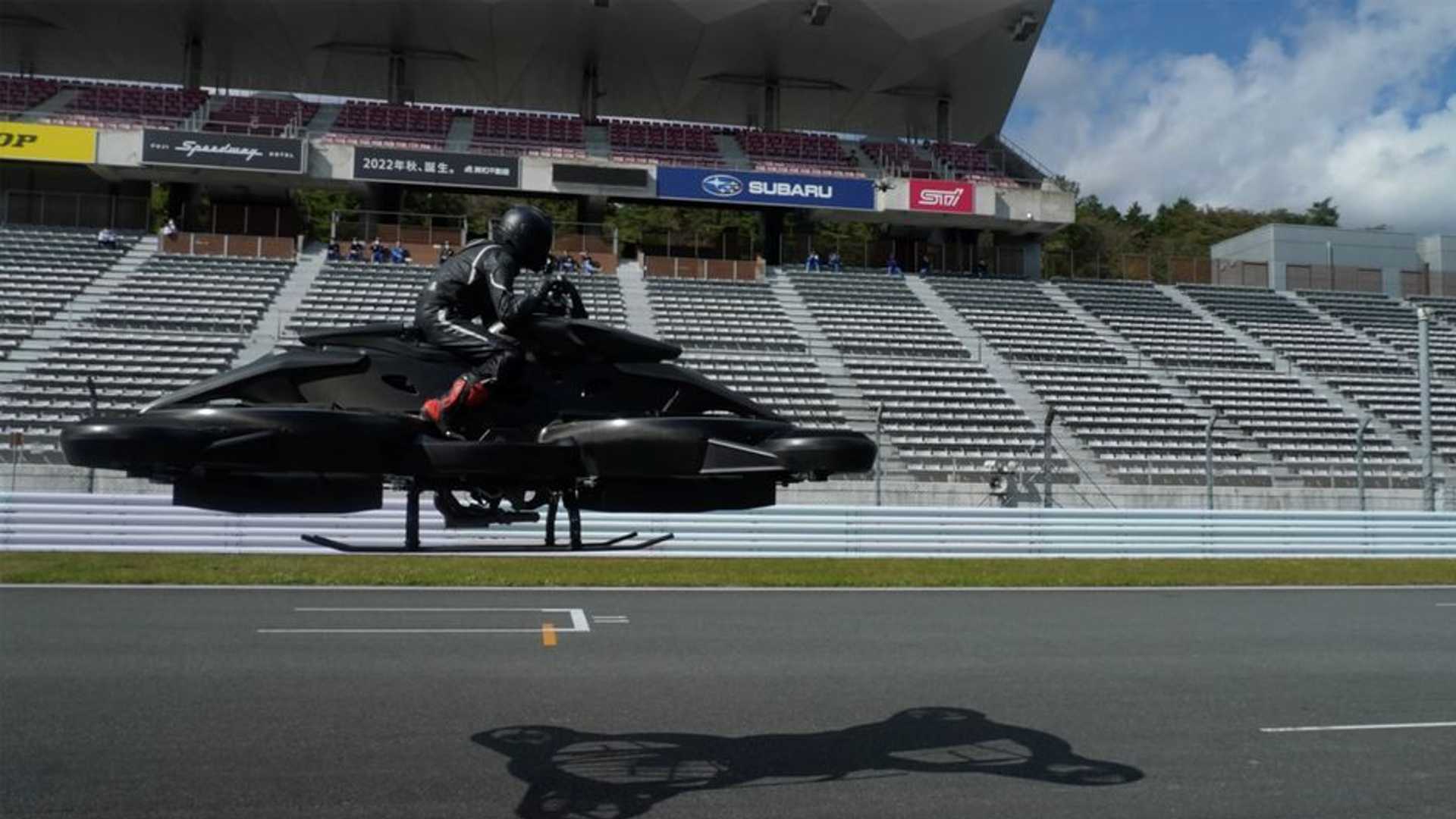 Drone manufacturer A.L.I. Technologies Inc. held a presentation on a racetrack near Mount Fuji in Japan dedicated to its most innovative product so far – an aerial bike that can travel on the road and high above it.

The test pilot took off and spent several minutes airborne to confirm the viability of the idea. The company revealed quite a few details about the project during the presentation. Apparently, the hoverbike is called “Turismo Limited Edition” and is 3.7 meters (12.1 feet) long. It is also around 2.4 meters (7.9 feet) wide and just 1.5 meters (4.9 feet) tall. It weighs in at roughly 300 kilograms (660 lbs) and has a single seat for a driver weighing 100 kg (220 lbs) at most. When fully charged and fueled, its gas engine and dual electric motors can keep it airborne for up to 40 minutes. The speed maxes out at 100 km/h (62 mph).

Japanese legislation prevents hoverbikes from becoming street-legal, and we expect the same to be the case in most other countries as well. A.L.I. Technologies doesn’t seem troubled by this. however, as it primarily plans to market the vehicle to emergency response services, including rescue teams operating in hard-to-reach areas where aerial mobility could be crucial for success.