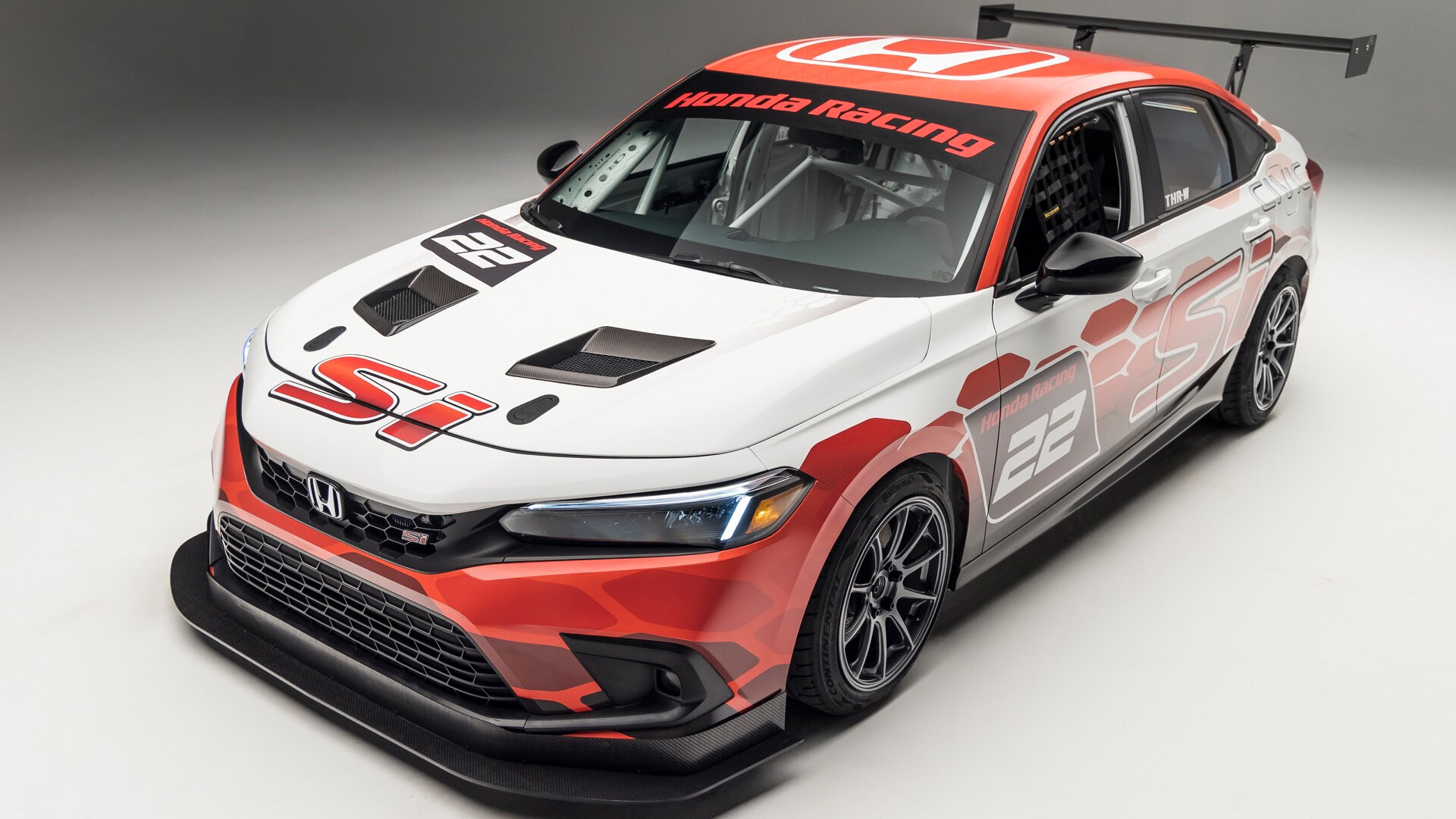 Honda has prepared not one, but two concept cars for the upcoming SEMA show in Las Vegas, both based on the recently revealed Civic Si saloon. One of these will hit production in a limited series, and there will be assorted body kit parts from Honda Performance Development for the standard Civic, too.

Back to the prototypes, though. The Team Honda Research West Civic Si has been co-designed by employees of the company’s various divisions and features a major engine software overhaul, revised cooling and intake, and a titanium exhaust system. The company does not spoil the surprise regarding the power output, which should be better than the stock 200 PS (197 hp / 147 kW).

Elsewhere, the concept rocks performance brakes, carbon bodywork, extra aerodynamic trim pieces, and a safety cage. It is unique and will participate in a series of demo drives in the USA.

The other one is Honda’s official Civic Si racecar built for the SRO TC Americas. It features cooling improvements, a stock six-speed manual transmission with revised gear ratios and a limited-slip differential, a Borla exhaust, Bilstein and Eibach suspension parts, six-piston Wilwood calipers, and a cabin with OMP bucket seats and a safety cage. This one will hit production and be available for purchase, but prices remain to be announced.