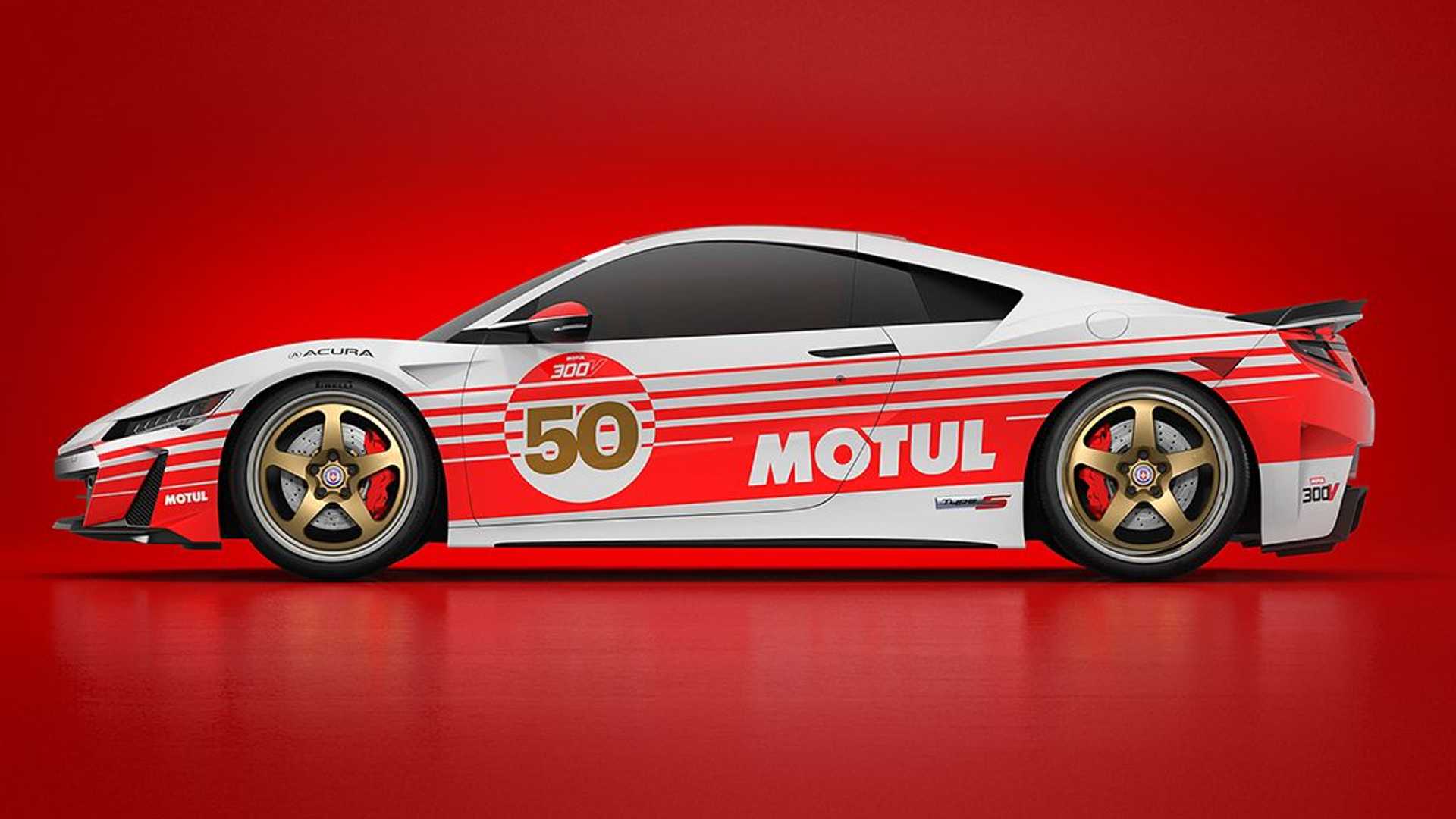 French oil manufacturer Motul is well known in the professional motorsports world thanks to supplying teams with high-quality racing oil and putting its colors on racecars from time to time. Here’s an Acura NSX Type S with a freshly applied Motul livery.

The white and red sports car wears a custom wheel set with high-gloss rims and matte-gold spokes. Motul explains that it picked the Type S for the promotion because it is a sponsor of the ongoing Acura Grand Prix of Long event.