Video: Skoda Kodiaq lets a helicopter land on its roof 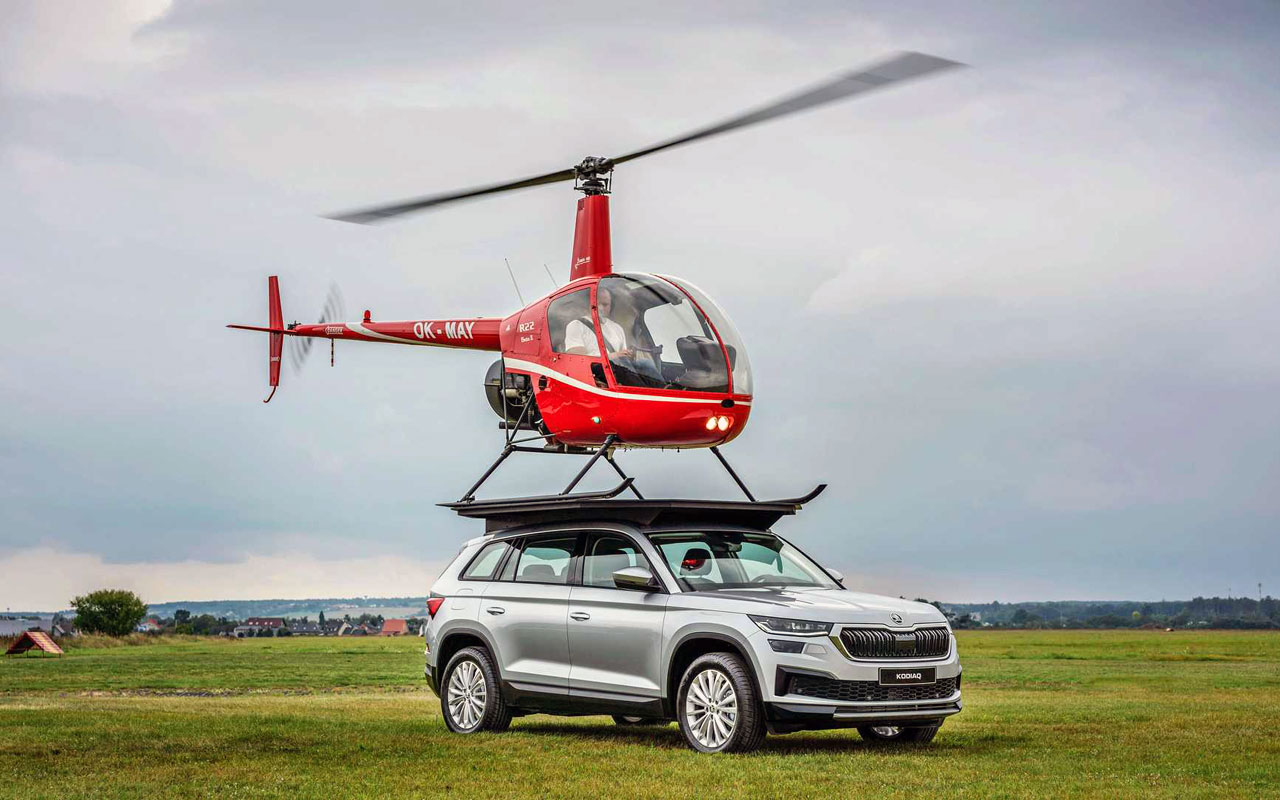 Skoda has published a video reproducing the Top Gear stunt from a decade ago, with a real helicopter alighting on the top of its Kodiaq SUV.

To be fair, the British show did the stunt with a moving Skoda Yeti, while the Kodiaq in the present video stays still, Even so, it is a remarkable demonstration of the superb suspension and structural rigidity of the crossover SUV, which was largely stock. The company says only the rear suspension had to be modified slightly and a landing pad installed on the roof.

The landing pad was designed specifically for the stunt and mounted using the stock roof rails, so don’t expect to see it on sale anywhere. Together with the Robinson R22 helicopter used, the load exceeded than 500 kilograms (1,100 lbs).

The landing scene was demonstrated at a trade fair in Mladá Boleslav, Czech Republic, where the company HQ is.