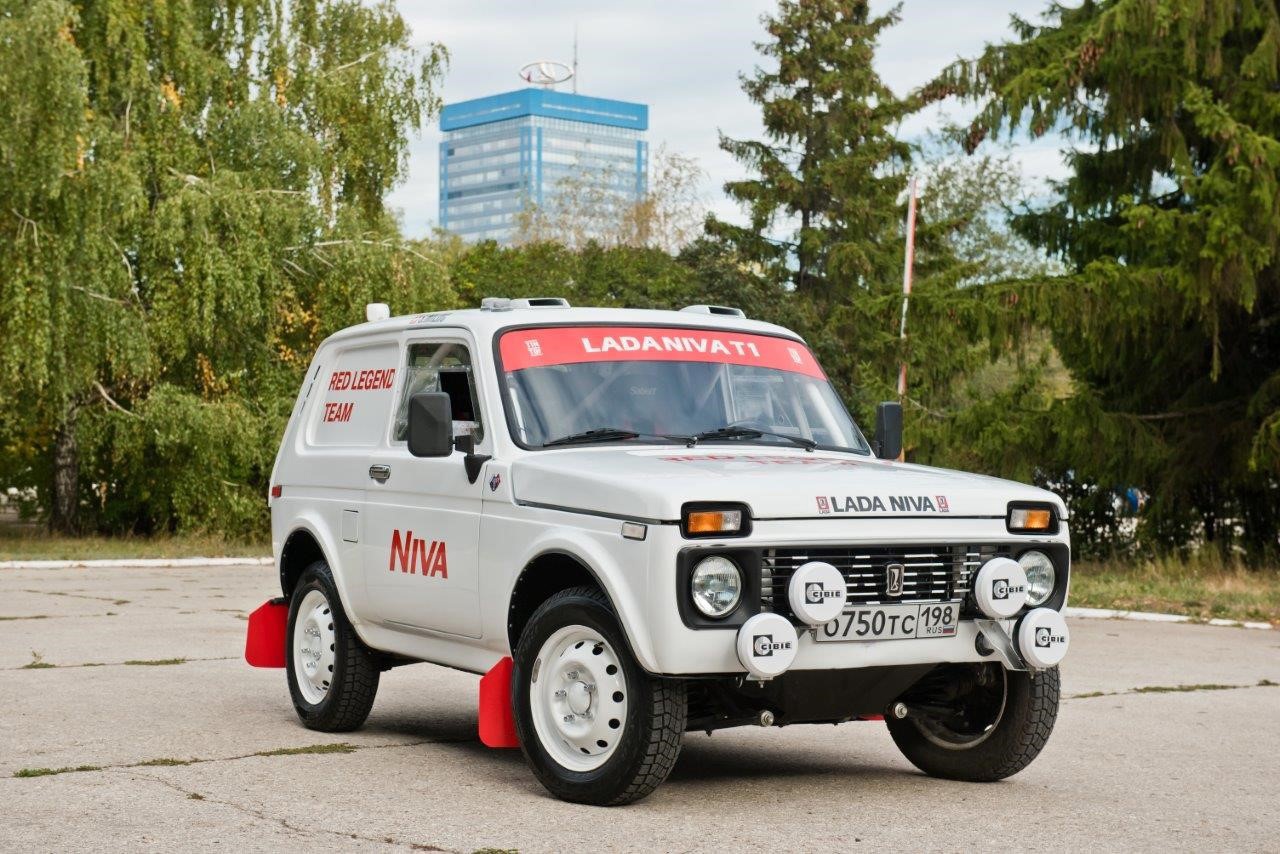 Russian carmaker AvtoVAZ has shown its most iconic off-roader, the Lada Niva, to a team of enthusiasts based in Switzerland. The custom-built car will enter the Dakar Rally next year wearing the livery pictured on the photos here.

The Niva Red Legend Team will be piloting a model year 1984 SUV in the Classics group, where only cars with rally participation history spanning back to the 20th century are admitted. The Niva took part in the Rally Paris-Dakar in early 1980s (watch the video for a glimpse of it). The Classics route is less extreme than what trucks and modern rally cars have to traverse, but it still spans around 6,000 kilometers (3,730 miles).

The main regulation is that the powertrain has to stay stock. Judging by the photos, the cabin is redone from scratch with an added roll cage, bucket seats with multi-point safety harnesses, and a new infotainment system. All plastic trim is gone, there are air intakes on the roof, and additional lights at the front end.

Compared to early sketches of the car, the final livery lacks the flame tongues that made it especially bold. Niva might still add those later on, we think, but in the meantime, the car has been shipped to Switzerland for further preparations.

The race will commence in early 2022.