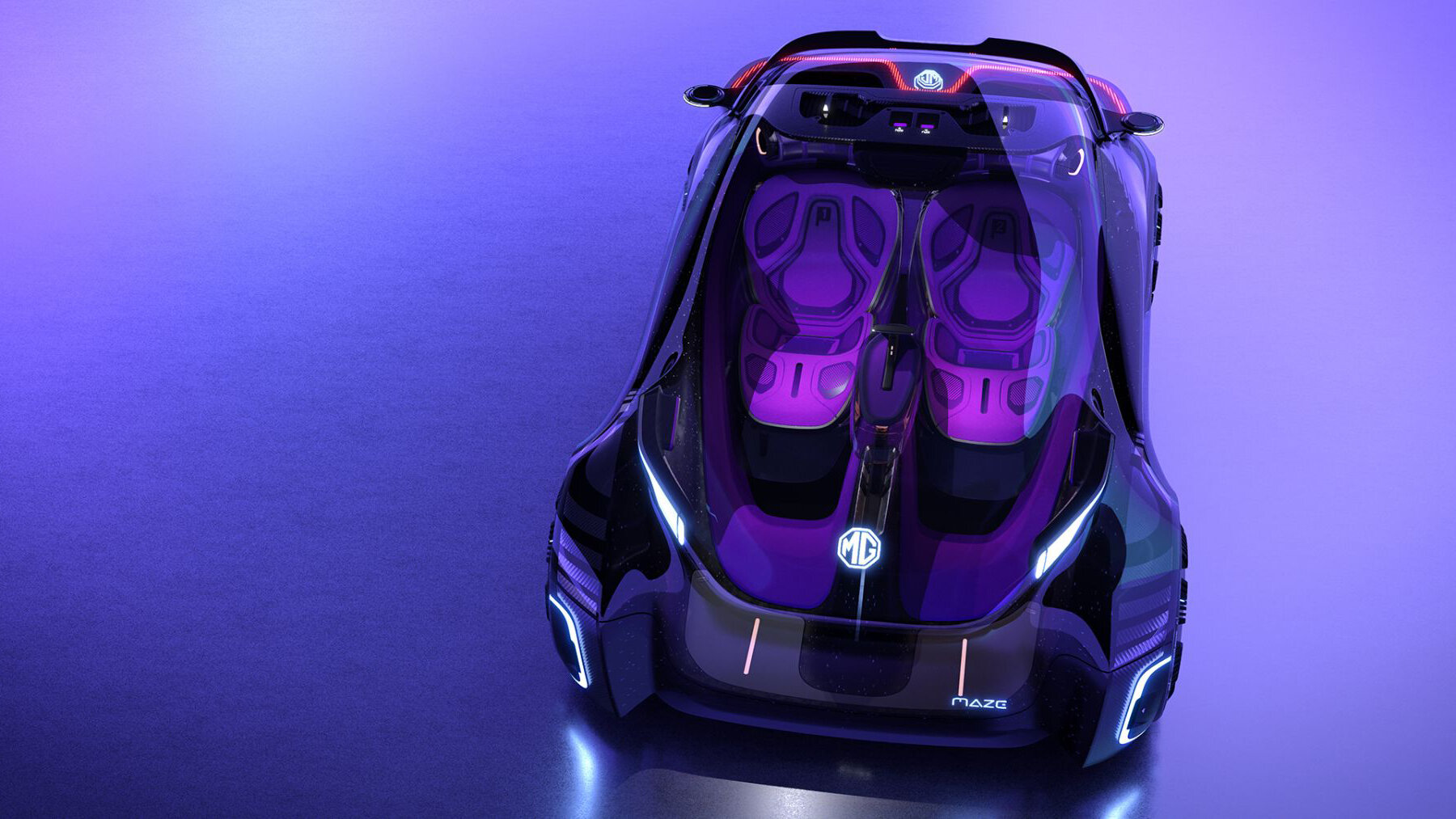 The single-space car looks like a fancy electronic gadget and can be used as a racing sim rig, the company says. It sports an unusual body shape with giant wheels and has plenty of see-through panels. The cabin has seats for two and comes with a polycarbonate dome roof that you can tilt back to exit the vehicle. The internals of the electric powertrain are also completely exposed.

Body-contour seats are located on independently suspended robotic arms that should make getting in and out of the car easier. A console-mounted touchscreen display is the only control element in sight, but MG Maze also packs a kind of a holographic image projector that creates a giant display in front of the car.

Thanks to this display, as well as on-board gaming hardware and software, the passengers can play video games while sitting inside the car. The company claims that augmented reality features and geolocation are also supported.

No technical parameters has been revealed. The images come from London-based SAIC Design.