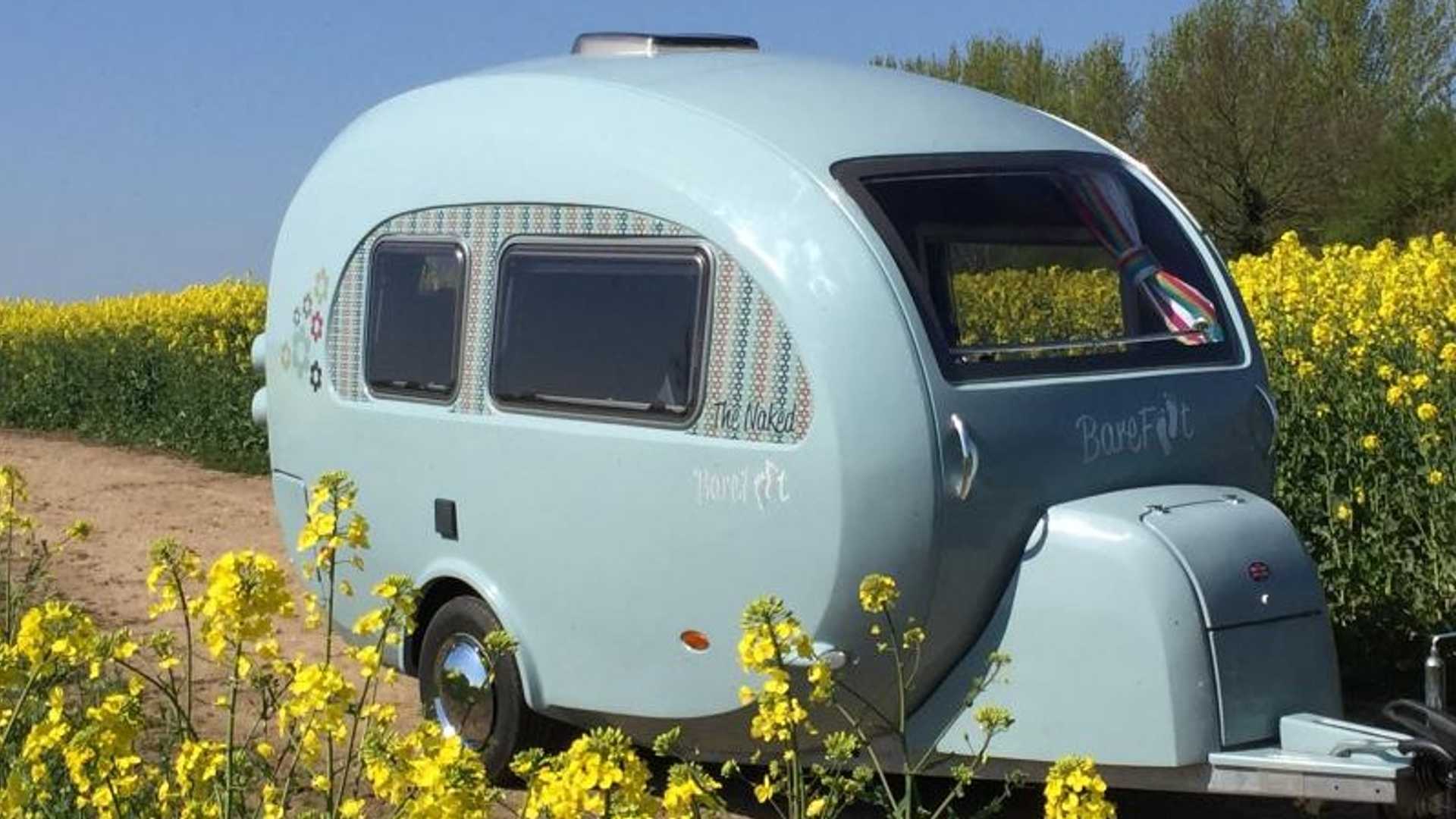 Camper designer NuCamp promised to bring the originally European trailer named Barefoot to the United States over two years ago, but Covid-19 messed up those plans. Now, a pre-production example has finally debuted at the Hershey RV Show in Pennsylvania.

The camper is virtually identical to its Old World cousin except for U.S. power sockets and a sink that is separate from, rather than integrated with, the stove.

A large dining area inside doubles as a living room. There are storage compartments under the sofas, and you can unfold both to form a large bed. Despite the compact dimensions, the trailer even features a wet WC and a shower cabin.