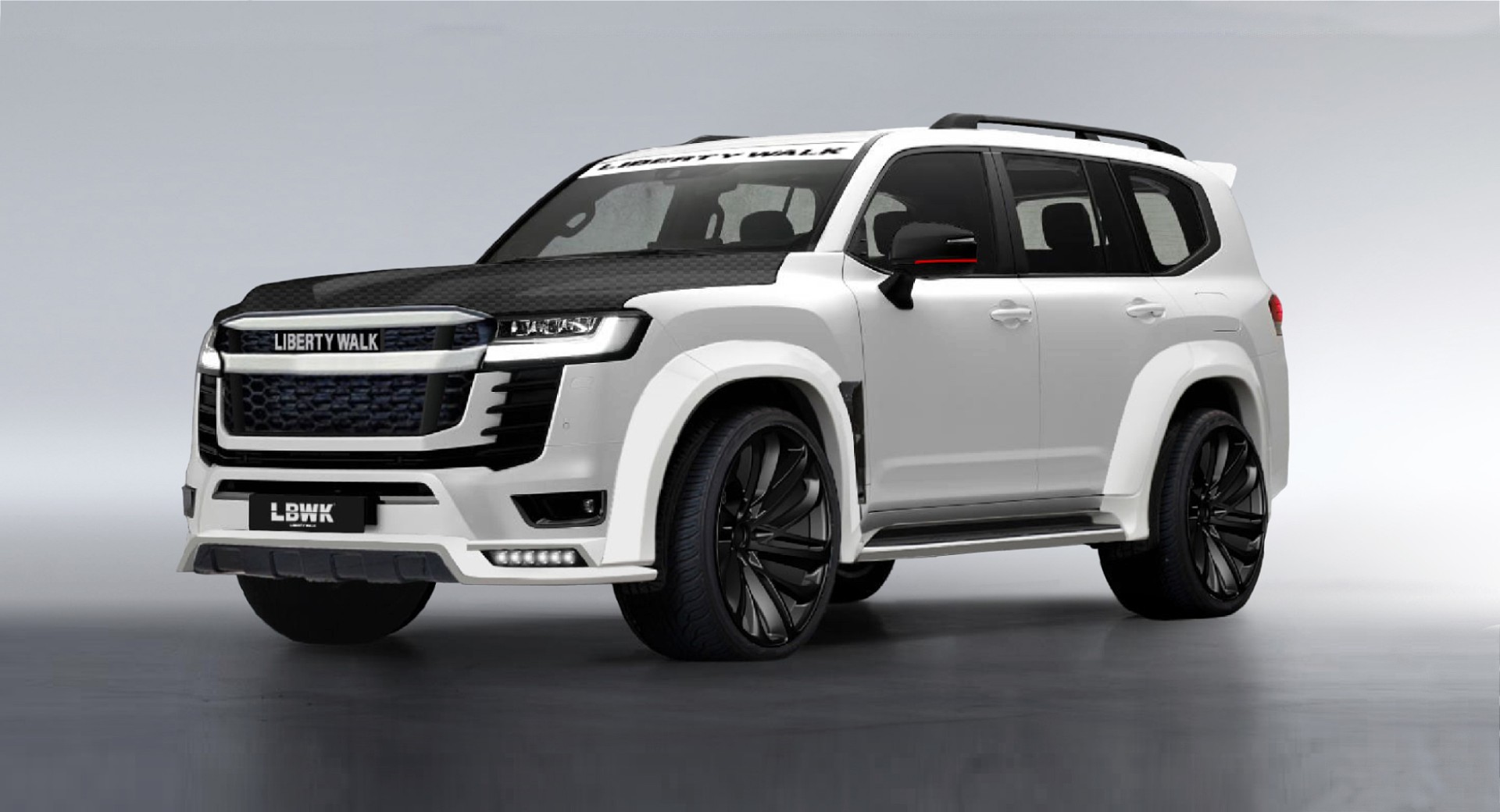 Japanese tuning shop Liberty Walk is widely known for its over-the-top body kits for supercars, so it came as a surprise that it wanted to design a package for the recently introduced Land Cruiser 300, a body-on-frame SUV.

The project is a collaboration with Sphere Light, and we will not be seeing the final production version of the kit until next year when it is finished. The two sketches published so far reveal an intricate front bumper add-on with LED lights, a carbon-fiber hood, and flared wheel arches with air vents behind. Moving on to the rear end reveals a pair of spoilers, a new diffuser, and a few smaller aerodynamic parts.

Prices aren’t a secret: the entire kit, including special ultra-wide wheels, will set you back U.S. $19,580. Deliveries will only be made in 2022, but it should hardly frustrate Land Cruiser 300 buyers too much, because the SUVs themselves are on a major backorder due to global chip shortage.