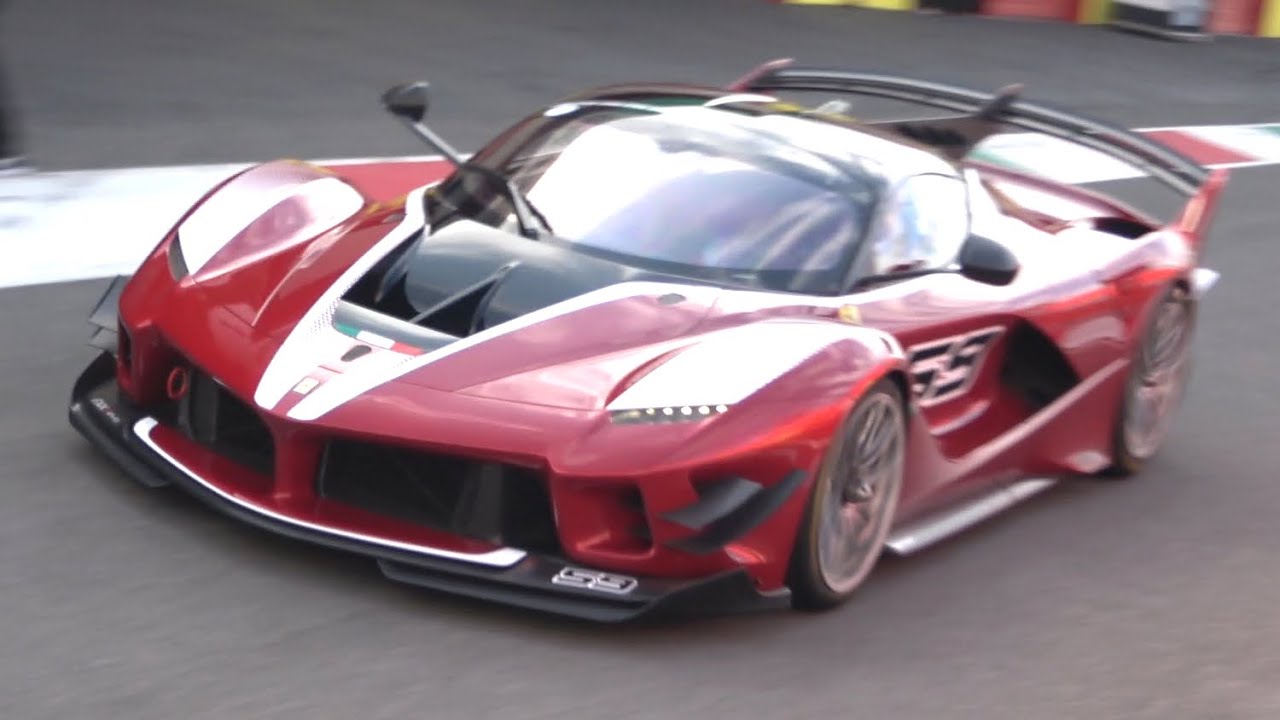 A Ferrari FXX K Evo has recently come to the Mugello Circuit for a test run of its roaring V12; hit Play to see and hear it in action.

The FXX K Evo is a lightweight modification of the standard FXX K, complete with enhanced aerodynamics and downforce. Both are derivatives of the LaFerrari model and inherit its 6.3-liter twelve-cylinder in conjunction with an electric motors and KERS system. The cumulative output amounts to 1,050 PS (1,036 hp / 772 kW) and 900 Nm (664 lb-ft) of torque.

The standard FXX K came out seven years ago in a run limited to 40 units. The Evo hit the track three years later and was available as a ready-made car and a conversion kit. Ferrari did not reveal the production quantity for it.

The XX vehicle range has been in production since mid-2000s. The company uses road-legal Ferrari chasses for it, and treats buyers to closed track day events on famous circuits.