Older MINIs run on electric power thanks to LEC 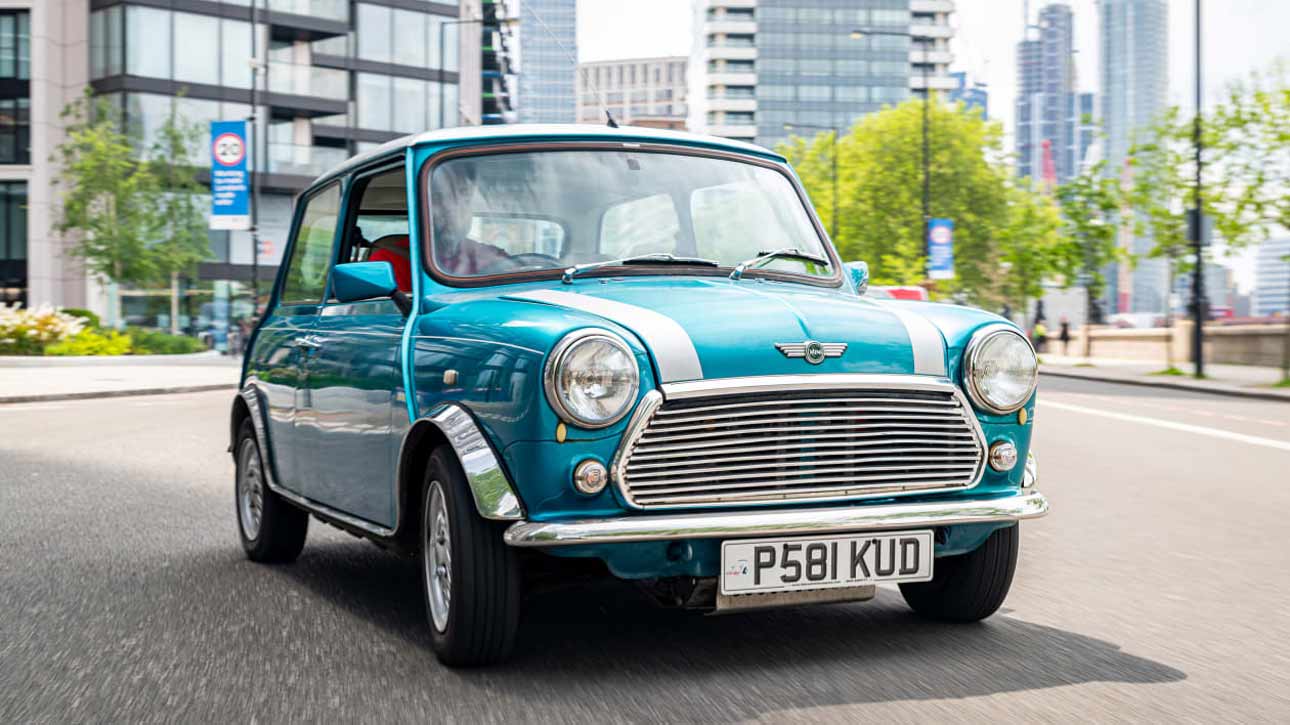 London Electric Cars (LEC for short) will ask for £25,000 to have your Rover Mini (see video) outfitted with an all-electric powertrain.

By default, the mechanical parts stem from the first-gen Nissan Leaf and yield between 96 and 113 kilometers (60–70 miles) per battery charge. However, customers are invited to pick a different motor/battery combo in accordance with their needs and resources. The conversion takes six weeks to complete on average.

LEC has already built one such vehicle for the Birmingham University, landing it with a 20-kWh traction battery located under the rear bench and (partly) in the trunk. The range is estimated at around 60 miles, or 100 kilometers.

The reasoning behind using old EVs as donors for the conversion is simple: it is cheaper that converting new cars and much cleaner in the environmental sense, because there is no need to produce new batteries and pollute the air with greenhouse gases in the process. Later on, the British company intends to adopt 3D printing technologies and also salvage used PC parts for cars where applicable.

Customers can charge their EVs from wall sockets and enter the downtown London – the ultra-low emissions area – without any repercussions. Owners of conventional cars have to pay a £10.5 fee every time they enter downtown London. Cost savings are also mentioned: according to LEC, an average Mini EV owner driving it 5 miles (8 km) per day every day should expect to pay as little as £50 in added electricity bills per year while saving on gas all along.

Reviews 23-07-2021
SSC North America caused quite some ripples back in October 2020 when it claimed that its Tuatara hypercar set a new world speed record among production cars. Piloted by Oliver Webb, the vehicle allegedly reached 316.1 miles per hour (508.73 km/h). Okay, you may now want to forget about than one.
Like
Comments 0

Novelties 22-07-2021
The R8 LMS racecar that came out six years ago has now received its second mid-life refresh. The first one was in 2018, and you can look at it in the attached video.
Like
Comments 0

Novelties 08-07-2021
The Lambo Aventador has lingered in production for over a decade now, but the special edition named LP 780-4 Ultimae will be its swan song. Let’s hear it!
Like
Comments 2

Novelties 07-07-2021
Bentley has announced a plug-in hybrid variant of its Flying Spur sedan, powered by the same 2.9-liter turbocharged V6 as the Porsche Panamera 4 E-Hybrid and the Bentley Bentayga Hybrid (although the latter version has three liters of displacement).
Like
Comments 0

Novelties 07-07-2021
The new BMW 2 Series Coupe has arrived, and the manufacturer calls it an ideological successor to the original BMW 02 from over half a century ago.
Like
Comments 1

Car Tuning 05-07-2021
German tuning house Novitec only puts the N-Largo badge on its most exclusive and expensive creations, and the new Ferrari F8 Tributo edition limited to 15 units decidedly makes the cut.
Like
Comments 1

Novelties 22-06-2021
Dacia has officially introduced the 2022 Duster model sold in some countries under the Renault brand. Aside from Sandero-like styling, it boasts a revised range of features.
Like
Comments 1

Toyota Land Cruiser 300 bows with all specs and details

Novelties 10-06-2021
The long-awaited next generation of Toyota’s iconic Land Cruiser has finally arrived. Here’s what you need to know about it.
Like
Comments 1

Motor Valley Fest confirmed as an offline event for July 2021

Auto Show 10-06-2021
The traditional Motor Valley festival in Modena, Italy had to go online for 2020 due to the pandemic, but this year will see it combine the best of both worlds: all events will be available to visit at the site and to watch online.
Like
Comments 0

Novelties 09-06-2021
Following the appearance of the refreshed BMW X3 on Chinese patent pics around a month ago and an official teaser posted shortly after that, the Bavarian automaker has finally unveiled the new X3 and X4 together with their M counterparts.
Like
Comments 0

Car Tuning 05-06-2021
As you probably know, the Jeep Wrangler had been strictly a two-door car until 2007 (watch the video for a 2006MY example). One of the owners wanted more doors and seats, so he went ahead and added them, tuning the SUV into a stretch limo of sorts.
Like
Comments 1
x
Feedback
Contact Form
UP