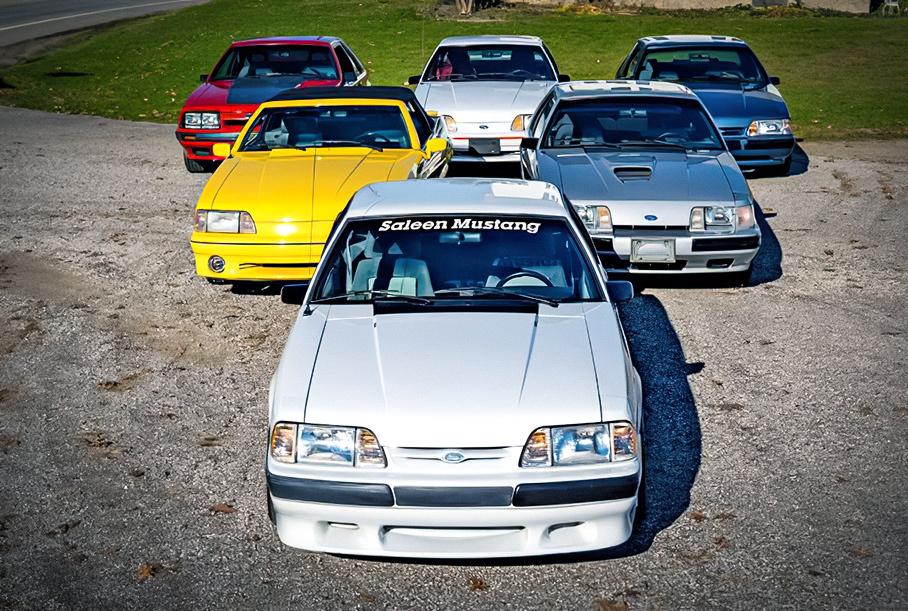 Bring A Trailer has posted sale ads for as many as six third-gen Ford Mustangs, some of them among the rarest of their kind.

The highlight of the sextet is a 32-yar-old white Saleen Mustang featured in the attached video. The current bid is over $20,000. Saleen has only produced seven hundred such cars, landing each one with chassis tweaks, sports seats and improved aero kits. A five-liter V8 coupled with a five-speed manual gearbox hit the wheels with 292 hp (218 kW), reaching 60 miles per hour (97 km/h) in 5.6 seconds and maxing out at 155 mph (250 mph).

The yellow Mustang ASC McLaren is just as old, but it is a soft-top roadster built in 23 total units. Its V8 runs with a four-speed auto gearbox and produces 225 hp (168 kW).

The silver-tinted Mustang SVO has never changed ownership in its 36 years of existence. Its 2.3-liter turbocharged engine links to a five-speed M/T and hits the asphalt with 175 hp (130 kW). The standard sprint is a matter of 7.5 seconds, and the top speed is 215 km/h (133 mph).

Next in the list is a Mustang police car that was chiefly used discreetly for patrolling. It has blinker beacons, a radio station and a police siren, but lacks a conspicuous police livery. Its five-liter V8 has 370 hp (276 kW) at the output end.

The cars can be purchased separately from each other, and the sale will continue until December 28, 2020.

The third Mustang generation came based on a platform called Ford Fox and offered coupe, convertible and hatchback body types from 1979 until 1993.