Toyota Harrier gets a shot at Urus look, misses 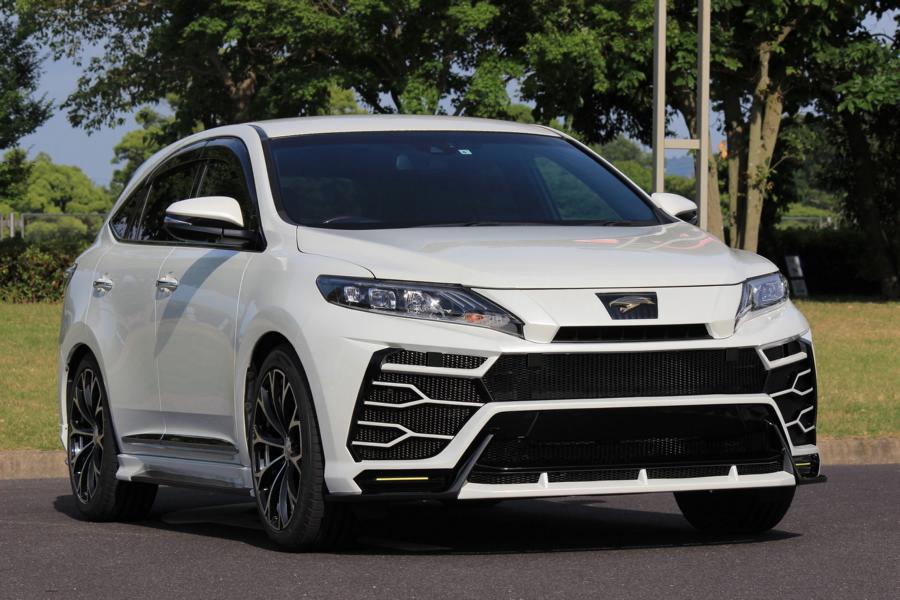 Lesser-known Japanese tuner Craftech has launched a styling package for the Toyota Harrier that is supposed to turn it into a Lamborghini Urus of sorts – or so the idea was, at least.

The reality is not impressive, to say the least. The only part of the body that at least tries to resemble the opulent Italian SUV is the front fascia with its new bumper, apron and LED DRLs.

The side sills are marginally longer than stock, and there is a new rear diffuser with edgy exhaust tips. Once again, it tries to imitate the Urus, but the shapes and proportions simply aren’t there.

Elsewhere, the show car has aftermarket wheels and lowered suspension,

This would not be the first time Craftech attempted something like this. In an earlier work, the team dressed out a Mazda MX-5 to resemble an Aston Martin supercar – with a comparable outcome.