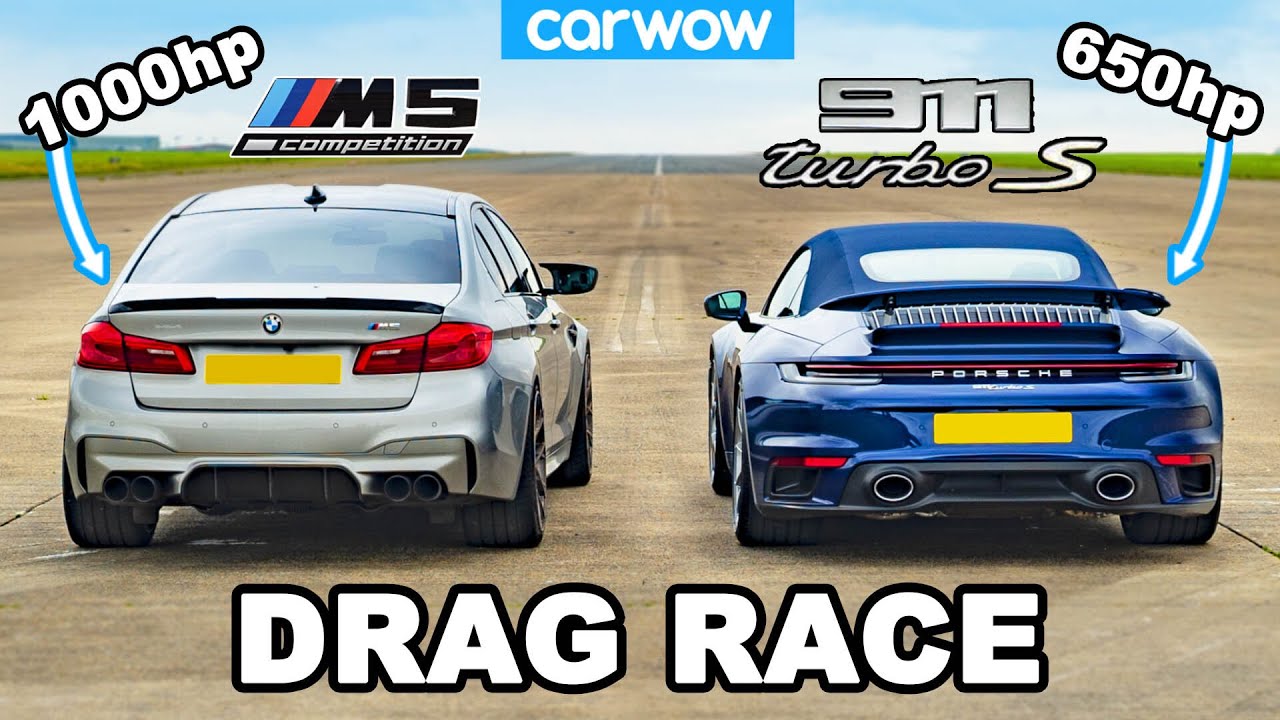 The CarWOW team has arranged yet another adrenaline-pumping race, this time around throwing a brand-new Porsche 911 (992) Turbo S against a heavily tuned BMW F90 M5. The Bavarian saloon boasts 1,000 hp (745 kW) of power, but is it a match for the much lighter Porsche?

In turn, the Bimmer benefits from new intake and exhaust components, an ECU tune and dual Eventuri turbochargers that boost its 4.4-liter V8 from around 600 to 1,000 hp. An eight-speed automatic transmission is used to drive both axles. The car is a quarter of a metric ton (550 lbs) heavier than its rival, but costs from £60,000 used to £102,000 new in the M5 Competition spec, making it a better deal for many. Then again, the example featured here had around £30,000 put into its engine upgrade. Still, CarWOW says it costs about half the price of this particular 911.

Both cars performed exceptionally well at the drag strip, crossing the finish line with the gap of 0.3 seconds, but subsequent tests showed a clear winner. Watch the video to find out which one.