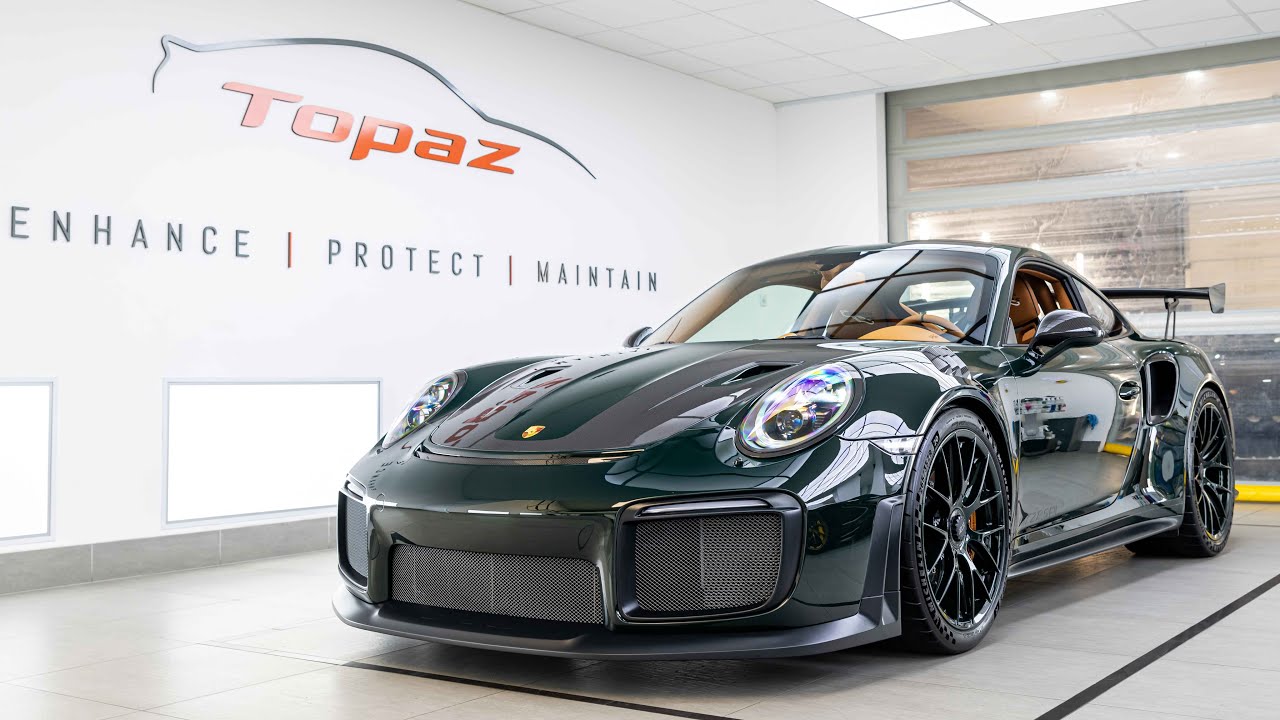 Not many supercars out there can approach the 690-hp Porsche 911 GT2 RS in terms of features for price. Stiff suspension, plenty of carbon fiber and titanium in the Weissach version and the ability to lap up the North Loop in under 7 minutes – what’s not to love? Still, an owner felt it needed a full makeover.

Topaz Detailing took up the project and called it the most challenging one to date. To repaint the body Ferrari Verde British, it had to be dismantled piece by piece until not even the door handles, the wheel arches or the glass remained. Carbon elements had to be wrapped with especial care to avoid even minimal exposure to aerosol particles.

For its part, the cabin has been re-trimmed with warm beige-tinted leather. Even such normally exposed parts as the wheel spokes and the roll cage were covered. The seats received green inserts and green stitching to match the body.

By now, you may be wondering: just why would anyone want a $100,000 makeover for their brand-new exotic supercar? The answer is simple. The owner of the ride has even more expensive vehicles in his collection, including a Rolls-Royce Cullinan and a Ferrari 488 Pista, and the poor GT2 RS just didn’t fit in well with its silvery paintjob. It was a matter of looks, and Topaz Detailing delivered the solution.