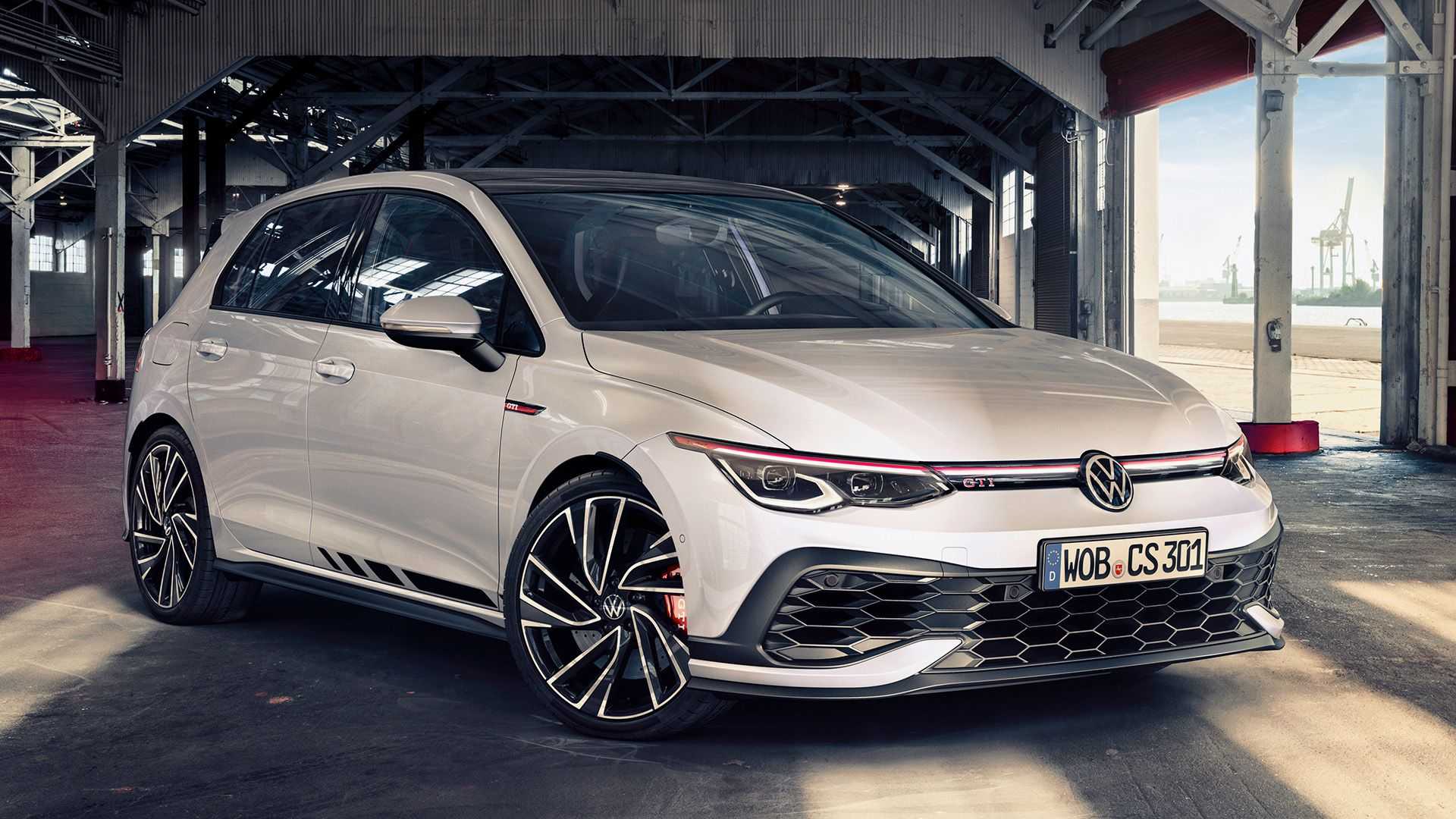 The new Clubsport only ships with a seven-speed DSG transmission, whereas the standard GTI goes manual, too. It features an electromechanical diff lock, redesigned chassis and wheel camber, a 15mm (0.6”) lower ride height, a squared-off steering wheel, performance brakes, special aerodynamic trim and assorted sporty décor. The entry-level trim offers more equipment, and you can now fully deactivate stability control if you want to (it will still automatically re-engage in dire emergencies).

Whereas the “normal” Golf GTI has four powertrain modes named Comfort, Eco, Individual and Sport, the Clubsport version introduces a fifth mode called Special. The company claims that you can reduce your Nürburgring lap time by choosing this mode, even though the Sport Mode has stiffer suspension settings. No specific lap times are provided, but Volkswagen says the newcomer shaves 13 seconds off the result of the regular GTI. It remains to be seen whether it can dethrone the current FWD hot hatch champion, the Renault Megane R.S. Trophy-R.