This e-roadster is one of China Show’s main highlights 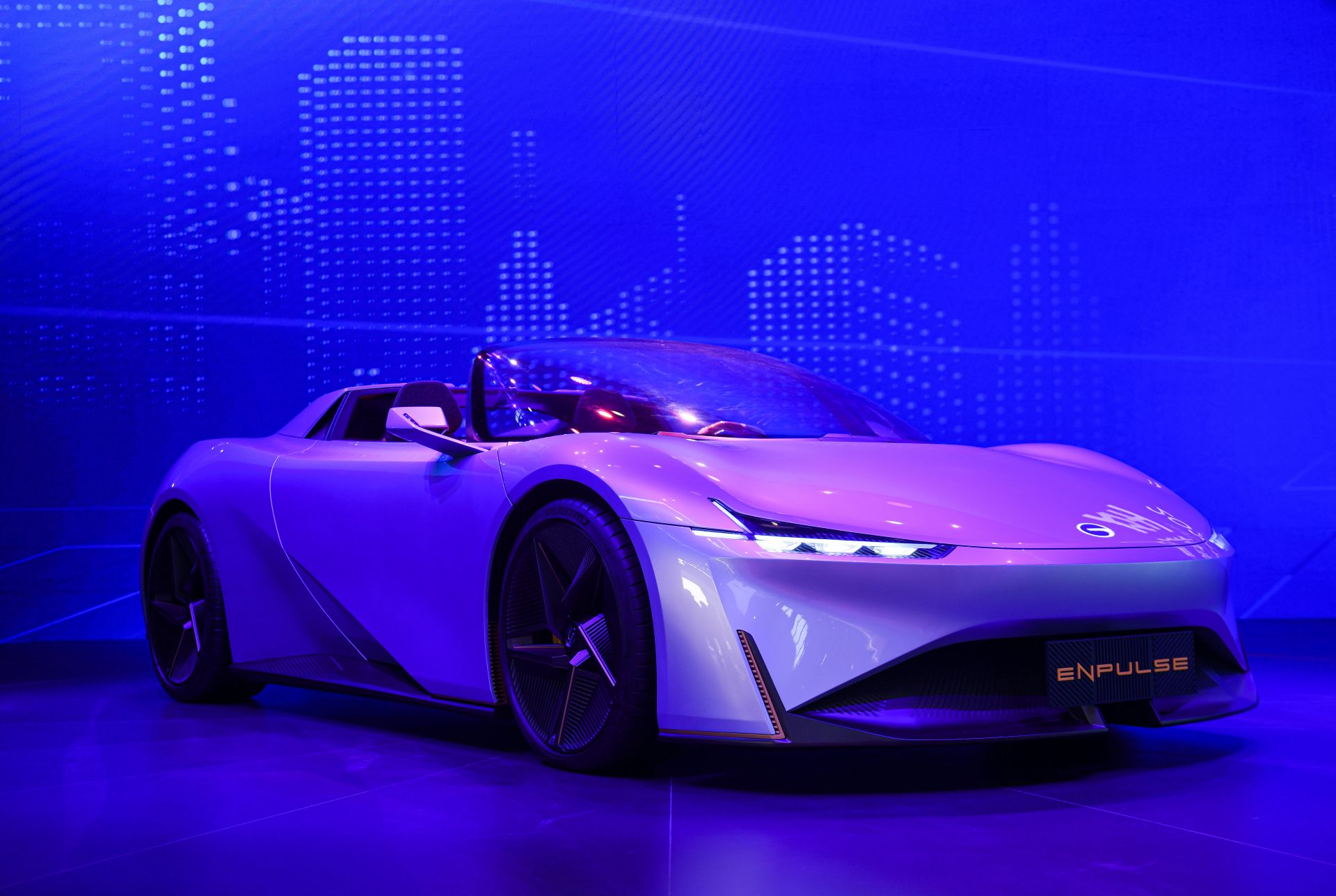 GAC Group has unveiled the Enpulse Concept, a purely electrical roadster outfitted with a retractable hardtop. The newcomer joins the company of two other GAC prototypes, the Entranze and the Enverge, which debuted at the Detroit Motor Show and targeted the U.S. audience.

The Enpulse boasts a panoramic roof, two seats inside, an almost-square steering wheel, an octagonal touchscreen and HUD, and a HVAC panel of the same shape. The car can recognize faces and commands AR-HUD, an augmented reality feature not explained in much detail.

For its own part, GAC’s New Energy subdivision presented its new powertrain concept called EDU (Electric Drive Unit). The module consists of two motors, controllers and a two-gear reduction unit. The output amounts to 462 hp (345 kW) at around 90% transmission efficiency. The car needs less than two seconds to get from zero to 100 km/h (0-62 mph) with this drive unit, the company claims.