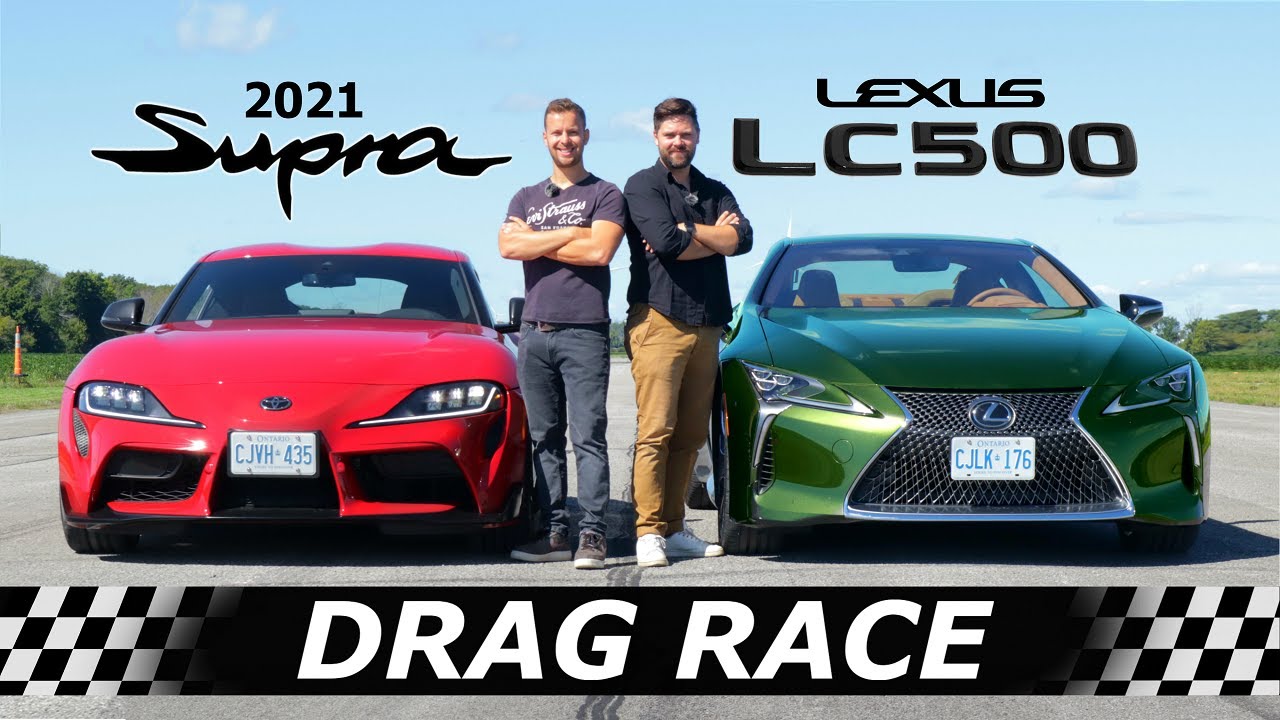 YouTube channel Throttle House has arranged a drag race between two Toyota vehicles: the new A90 Supra and the Lexus LC500. Hit Play or read on for spoilers.

In the end, not even its eight large cylinders could save the Lexus from the twin-turbo six-cylinder fury of the Supra. The latter may pack only three liters of displacement instead of four, but forced induction tips the scales decisively in its favor.

The first time around, the Supra driver took advantage of his car’s launch control system, maximizing the gap between the two contenders. He kept the system switched off during the second race, but still pulled ahead with a little effort.