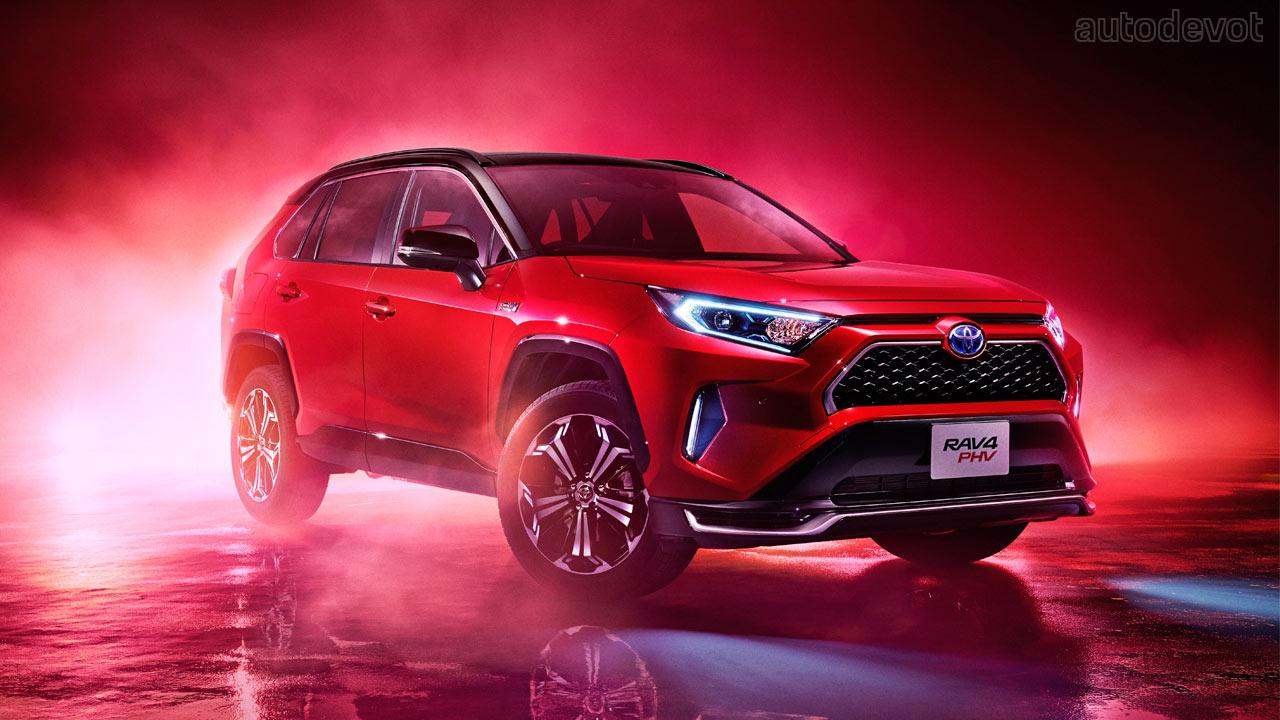 The 2021 Toyota RAV4 is coming to the domestic market with largely superficial changes in equipment. Still, let’s see what changes.

The one immediately obvious improvement comes in the guise of a larger central display. A couple years ago, the fifth-gen RAV4 debuted with a choice between two humble screen sizes – 7” and 8”. A new hybrid spec called Prime debuted in the United States last year with a nine-inch display, which later made its way into its Japanese twin, the PHV. Today, only the base specs X and Hybrid X come equipped with the smallish 8” screen model, whereas the rest of the Japanese lineup has 9”.

The base trim also benefits from the Intelligent Clearance Sonar system that can prevent a collision if you floor the gas pedal by accident. The trims G, G Z Package and Hybrid G take advantage of panoramic glass roof listed under standard features, and the Adventure trim has the sunroof listed as optional.