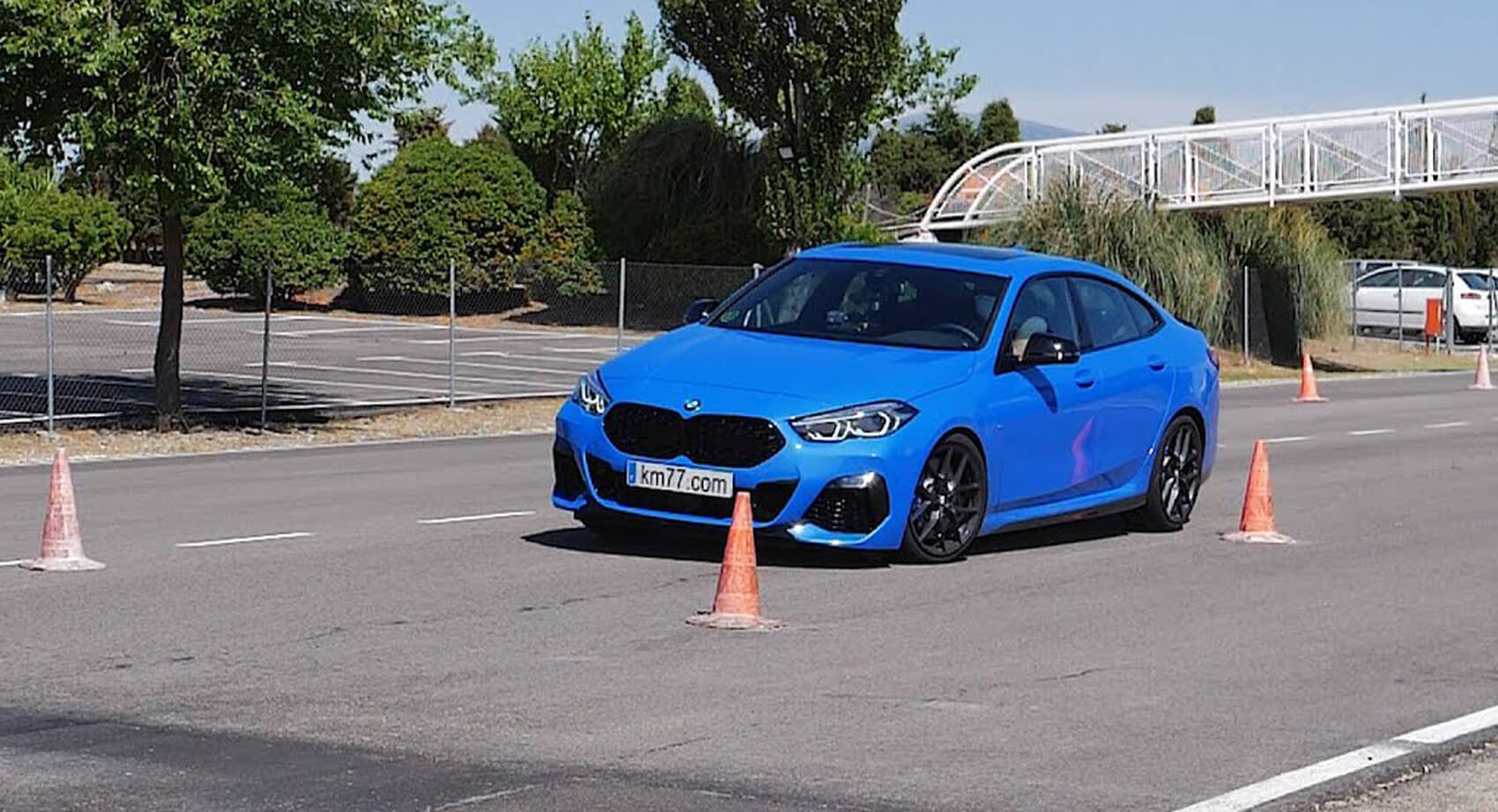 A team of Spanish reporters has set up a so-called “moose test” for the BMW M235i (F44) performance sedan. The goal was to determine how well the car would manage to stay in control after an abrupt speed maneuver. It did not.

The top speed at which the M235i was able to conclude the run without incidents was only 68 km/h (42.3 mph). When forced to evade an obstacle at 77 km/h (47.8 mph), its front axle lost the grip, and it hit many road cones. Accelerating slightly was even worse, because it culminated in skidding. The team reports is used hard Bridgestone Turanza T005 tires for the trial runs.

In related news, the new VW Golf Mk8 has also failed the moose test recently. Its superior cornering ability and swinging rear end prevented it from staying in lane after making an evasive maneuver above 69 km/h (43 mph).