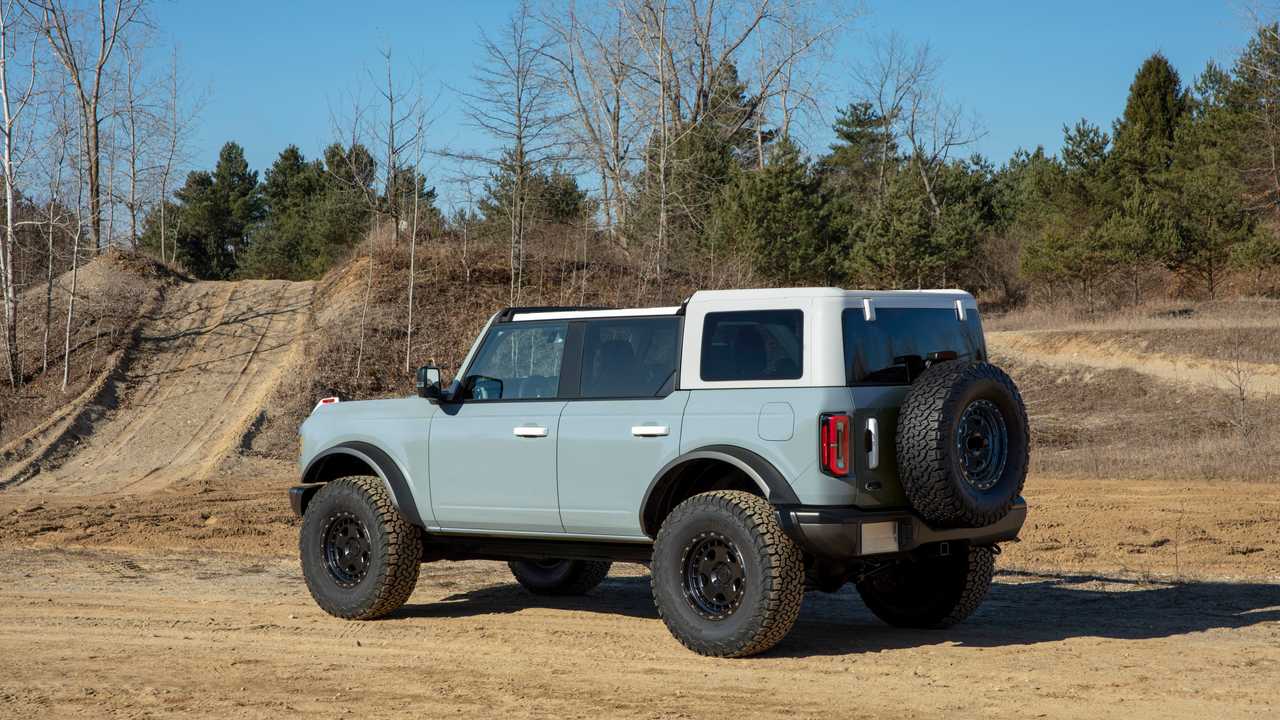 The long-awaited 2021 Bronco SUV is here at last, so let’s look at its specs and details.

Before we begin, here’s a quick recap of why it is such a major event in the automotive industry of today. Truth is, the previous generation left the assembly lines in 1996 due to the low popularity of three-door utility vehicles at the time. In 2004, Ford decided to revive the model by building a first early concept of the next generation. On the outside, the car strongly reminds of the classic Bronco from the mid-1960s era, but the newcomer has its name spelled out on the radiator grille and its body details unpainted instead of chrome-coated.

The new Bronco offers nearly as much flexibility as its main rival – the Jeep Wrangler – does: you can detach the roof and the frameless doors, and even put the doors in the trunk. The five-door base spec sports a soft top by default, whereas its three-door counterpart has a hard top.

Inside, passengers can hold onto detachable handles, and the seats and controls are water-resistant. The infotainment system comes in two display sizes – 8 and 12 inches, gear switching occurs via a selector knob, and the engine starts with a button push.

There are two AWD versions mostly differentiated by the distribution gear ratio: one has 2.72 and the other has 3.06. The top-spec Bronco can haul a trailer weighing over 1.5 metric tons (3,300+ lbs).

The SUV utilizes the same kind of frame as the Ranger pickup. However, the Bronco has a solid beam axle at the rear and per-wheel suspension at the front, while the Ranger has two solid beams. The three-door version has 213 millimeters (8.32 inches) of ground clearance and the five-door one has 211 mm (8.24 inches). Both can be fitted with the optional Sasquatch lift kit for 56 mm (2.2 inches) of added ride height, as well as larger wheels wrapped in 35-inch off-road tires, diff locks, and suspension adjustments.

Pre-orders have already started in the United States against a $100 deposit. The 2021 Ford Bronco can be obtained for as little as $28,500, while the base-spec Jeep Wrangler is $28,300. Shipments will begin next spring.